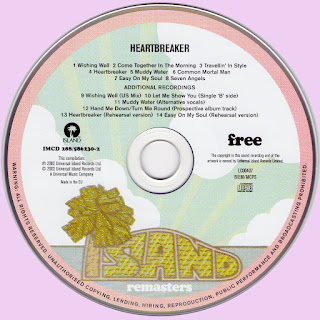 Thanks Marios, all my Free CDs got disc rot and Heartbreaker & Free at Last no longer play

Its the worst kept secret in Rock cognoscenti that its actually Jeff Beck on guitar on All Right Now.Thanks for uploading this nice remastered edition.Fennell