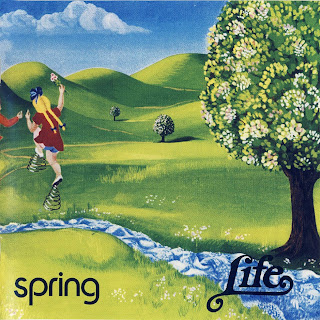 "The story of Life and their only album 'spring' began sometime early 1971 after Christian Burchard from Embryo visited composer, musician, producer, sound engineer and artist Julius Schittenhelm in his Munich studio. In his forthcoming autobiography Julius Schittenhelm writes about the beginning of Life, the difficulties of the LP production and the abrupt end of the band.

'Once again Christian Burchard came to my studio romancing about an American Trio called 'The Wedge' that wanted to make a record in Germany. When I met them they were only a duo - the bass player had gone back to America. The band leader, originally the drummer and lead singer, was called Linus, he spoke German with a strange Frankfurt accent was now a rhythm guitar player. He was of average build like myself, had a scarred face, large nose and a tough look. The second man was called Jason and was half Red Indian. He played lead guitar, sang backing and sometimes lead vocals. They soon found a drummer, Marcel Mohr, and a bassist, Gernot Pilz who both came from the Munich area. Gernot was also a press photographer.

An opera singing couple from the Munich suburb of Schwabing had set up a studio and practice rooms in their cellar in Martiusstrasse which they rented out at affordable prices. This is where the band practiced. The music was Rock 'n' Roll with slight Country influences, not exactly my sort of music but fashionable and on the up.

Most of the songs were written by Linus, three were from Jason and one from Gernot. Linus was a perfectionist and thus the band needed a few months for the precision he found was required for a record production.

At the beginning of July the Rock 'n' Roll musicians were in perfect harmony with each other so we could start recording. This took place in two of the Martiusstrasse practice rooms. I used 2 Revox machines switched on simultaneously to record four channels at once.

An electrician I met by chance built me a circuit board with which I could synchronise the Revoxes using a remote control. Until then I had been operating the two machines using two fingers and for the third one I needed help with some 'one-two-threes' and was happy when it worked. The third machine was for the mix.
It took a whole hot summer month until all the tracks were in the can.

After all the tapes were carefully numbered and catalogued we started mixing and at the end of July the master tape was finally finished. Linus, who had a way with words, started dealing with CBS. To look good we rented a big Mercedes. Bandleader Linus and myself as Producer, Sound Engineer and Chauffeur drove to Hamburg.

Once we got to CBS we didn't have to wait long and played the demo tape straight away. The manager responsible for Rock 'n' Roll seemed to like it and also Linus. Anyway a contract was signed, luckily without me. There was a substantial advance and from this I was paid for my work. The band was named 'Life' and the LP 'spring' was released. An extensive promo tour followed. I have no idea how many or even if any records were sold. Mohr had done his work and left.

Through the summer we had further recording sessions for the second LP. On New Year's Eve 1971/72 the CBS manager drove under a lorry and was killed. His successor didn't like the music or the band and stopped the project. In February 1972 the band broke up during an Italian tour. There must have been some pretty hefty arguments going on as they arrived back separately. Linus packed up his stuff and apparently disappeared to Sweden. The first I heard from him since then was in June 2002 when we were planning this CD. He is still a musician and he told me that Jason was living in the States'.

During the research into this album Julius Schittenhelm discovered tapes, believed lost, that he produced with the other recordings in the Munich cellar. From these recordings we have chosen 3 as bonus tracks for this CD and the others will appear on future releases."
by Manfred Steinheuer 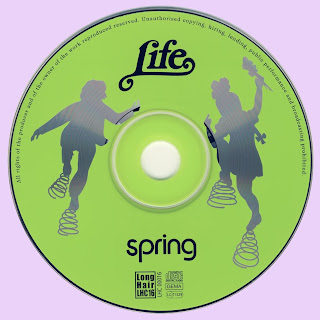