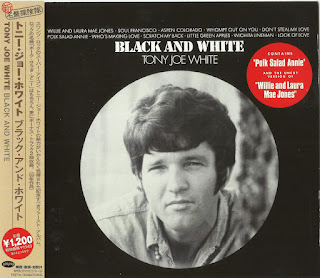 Tony Joe White grew up in rural Louisiana and was nicknamed “the Swamp Fox” due to his ability to write songs that conveyed the humidity, idiosyncrasies and tensions of the US south.

The best known of these was Rainy Night in Georgia, which gained global recognition not through his own version but via a cover in 1970 from Brook Benton, followed by a number of other popular interpretations over the years, by artists from Ray Charles to Randy Crawford and Rod Stewart.

In fact his swamp songs proved surprisingly universal, and were recorded by everyone from Elvis Presley and Tina Turner to Dusty Springfield and Rory Gallagher. When his career was flagging in the 1980s, Turner brought his song Steamy Windows to wider attention as a Top 20 hit in various countries, and also used three of his other compositions on her highly successful 1989 album, Foreign Affair.

White was born into a farming family, the seventh son of Virgie (nee Andrews) and Charlie White, in Oak Grove, a small town in north-eastern Louisiana, and he grew up harvesting cotton and corn. A keen interest in music, especially the blues his African-American neighbours played, found White, upon graduating from high school, playing Texan honky-tonks where he recalled “the beer bottles would get to flying”.

In 1967 he was working as a dump truck driver for the local authority in Marietta, Georgia, and while doing so heard Bobbie Gentry’s groundbreaking 1967 hit Ode to Billie Joe. This inspired him to write songs about southern life and one of the first was Polk Salad Annie, a wry rocker about “a girl that I swear to the world/ would make the alligators look tame”.

White guessed he had something and, in late 1967, drove to Nashville. There he parked up and walked into the first music publisher’s office he came across. They asked him what kind of music he made and he replied, “well, it’s kind of swampy”. Directed across the road to Combine Music, the publisher of Dolly Parton and Kris Kristofferson, its head, Bob Beckham, recognised in White a maverick talent. Beckham suggested that Monument Records, the label that had made Roy Orbison famous, should sign White – and they did.

While his 45s initially failed to chart in the US – although Soul Francisco was a hit in France – White was certain that Polk Salad Annie had potential, as southern audiences loved the song. For almost a year the single’s momentum built as local radio stations played it, but it took a major Los Angeles radio station to add it to their playlist for White to get his break – Polk Salad Annie reached No 8 on the US pop charts in July 1969, his only US Top 40 hit. Presley, recognising a kindred spirit, began performing it in concert. White capitalised by releasing his debut album, Black and White, in 1969.
by Garth Cartwright, Sun 28 Oct 2018

When "Polk Salad Annie" blared from transistor radio speakers in the summer of 1969, the first thought was of Creedence Clearwater Revival, for Tony Joe White's swamp rock bore more than a passing resemblance to the sound John Fogerty whipped up on Bayou Country and Green River. But White was the real thing -- he really was from the bayou country of Louisiana, while Fogerty's bayou country was conjured up in Berkeley, CA. Plus, White had a mellow baritone voice that sounded like it had been dredged up from the bottom of the Delta. Besides "Annie," side one of this album includes several other White originals.

The best of these are "Willie and Laura Mae Jones," a song about race relations with an arrangement similar to "Ballad of Billie Joe," and "Soul Francisco," a short piece of funky fluff that had been a big hit in Europe in 1968. "Aspen, Colorado" presages the later "Rainy Night in Georgia," a White composition popularized by Brook Benton. The second side consists of covers of contemporary hits, with the funky "Who's Making Love" and "Scratch My Back" faring better than the slow stuff. Dusty Springfield had a minor hit with "Willie and Laura Mae Jones," and White's songs were recorded by other performers through the years, but "Polk Salad Annie" and the gators that got her granny provided his only march in the American hit parade.
by Jim Newsom 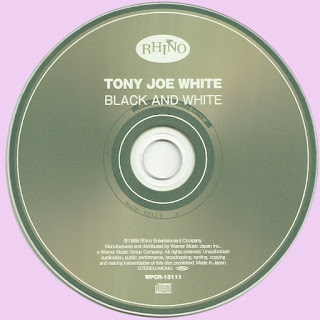