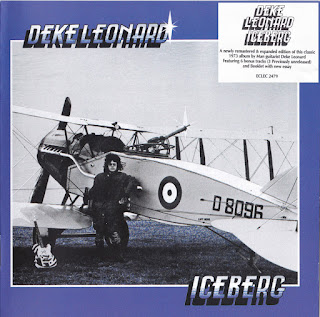 Co-founder of Welsh wizards Man and lifelong rock’n’roll raconteur, Deke Leonard was in and out of that legendary band more times than Harold Wilson collected and handed in the keys to 10 Downing Street. After being sacked by Man in early 1972 Deke recorded his first solo album Iceberg, starting in May of that year, with the album eventually being released in 1973.
Leonard was always an old-fashioned rock’n’roller at heart, and during his spells in Man his presence kept a check on their looser jamband instincts, as you can see in the 20-minute version of Spunk Rock on the fabulous Greasy Truckers compilation album recorded earlier in 1972 with Deke in the band. This track remains my favourite ever jamming track, as there is not an ounce of fat on it. Contrast that with the following year’s similarly lengthy Deke-less C’mon, a different kettle of spacerockin’ hippy rambling entirely…I still love it all the same.
Deke tells a great story as his three “life on the road” autobiographies to date attest, and the cover booklet tale regarding his trademark humbug Telecaster is a fine example. If you look closely you will see that the Telecaster has a Stratocaster neck. This is because he had to replace the original after nearly getting electrocuted, which apparently “screwed the neck up”, requiring the temporary replacement for the photo. One wonders what it did to the guitarist, never mind the neck of his instrument!
A few of the tunes on this back-to-basics R&B knees-up of an album found their way into Man’s set when he rejoined in 1974. One of these is the belting 7171-551, and the tale behind that is a good one. Originally the tune had a working title that was actually Mike Nesmith’s phone number. Quite rightly Deke decided he couldn’t use that for the title on the record, so the track listing for the release was changed. Unfortunately the record label printed the first batch of the LP with Nesmith’s actual 10 digit phone number!
Mixing rock’n’roll stompers with souped up psychedelicised country rock, Leonard is joined by a fine cast of the Manband family past, present and future, and by members of the closely related band Help Yourself. Dave Edmunds lends production assistance on future Man track A Hard Way To Live, a song released as a single. Deke had to deconstruct Edmunds’ layered production, lest it sounded “exactly like a Dave Edmunds record”. Deke ponders in his wryly humorous way that had he left it alone he might have had a hit with it.
All in all this album is a fine representation of Leonard’s good time vibe, and the informative booklet plus six bonus tracks taken from non-album singles, b-sides and outtakes.
by Roger Trenwith, 6th May 2015
Born Roger Leonard in Llanelli, South Wales in December 1944, Deke played in various bands throughout the sixties and took his stage name from Deke Rivers, Elvis’ character in the 1957 movie ‘Loving You’.
In 1968 he joined harmony group The Bystanders, however, the band soon embraced a West Coast psychedelia, progressive rock and blues dynamic and changed their name to Man.
Deke Leonard died on 31 January 2017, aged 72. According to his obituary in the April 2017 edition of the magazine Classic Rock, the cause of death was heart failure. 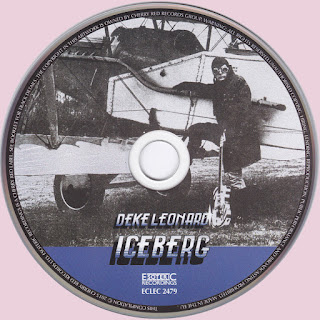 Free Text
Just Paste
Posted by Marios at 4:12 AM 19 comments: