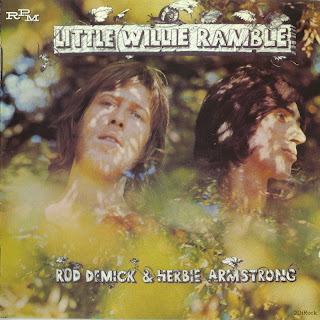 These two session heads had worn a number of notable caps before teaming up to form The Wheels, recording three tracks for Columbia and almost enticing fellow countryman and former bandmate in Them, Van Morrison, to join. Songwriting for other artists followed; and then this fine album, in 1971, which eschewed both blues and rock for an orchestral/acoustic tip to a good reception.

Their 1971 "Little Wille Ramble" is a scintillating piece of low-wattage, highly lyrical bluesy pop/rock. The album's overall sound is strongly reminiscent of Van Morrison's work during the same period -- not entirely surprising as Armstrong is a Morrison alumnus -- though Demick and Armstrong may push the lyricism a little harder, they never lose their bluesy edge or jump wholly into the pop side of things.

The lean sound also recalls the music of Ernie Graham, but the presence of unobtrusive strings on certain tracks -- which somehow don't compromise the underlying tracks -- puts this album and the duo behind it into a sub-category that they occupy virtually unto themselves; the only other similar artist that comes to mind, on repeated listening, is Duncan Browne or, at his most inventive moments, Donovan.
by Bruce Eder 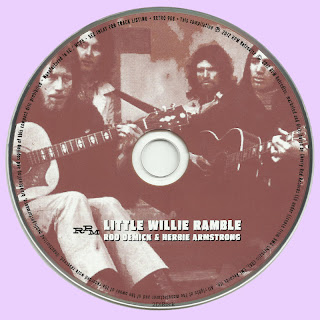