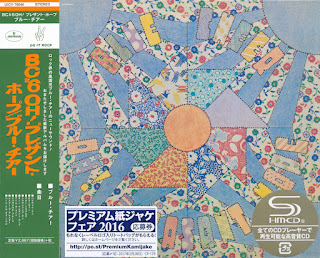 It's hard to imagine what would prompt someone to suggest the band that recorded Vincebus Eruptum should get in touch with their pastoral side, but for their sixth album in only four years, Blue Cheer decided to explore something close to folk-rock and they sounded a lot more comfortable with the stuff than anyone had a right to expect. 1971's Oh! Pleasant Hope featured the same lineup as the previous year's The Original Human Being (the first time since Outsideinside that the band had the same musicians for two albums in a row), and while the previous album found Blue Cheer trying to buff off some of their rough edges, this one is loose, laid-back, and playful; if it doesn't hit very hard, it's one of the most organic and natural-sounding recordings to carry the group's name.

The album opens with "Hiway Man," an updated variant on old folk ballads with acoustic guitars and a magisterial organ dominating the arrangement; Oh! Pleasant Hope upends traditional expectations about this most heavy band, and while their tough, blues-centered rock is still present on songs like "Believer" and "Heart Full of Soul" (not the Yardbirds hit but a Dickie Peterson original), most of the time the music is simpler and quieter, and "Traveling Man," "Money Troubles," and "Ecological Blues" come off like jams cut live in the studio rather than stuff the group labored over for days. And the band flies their freak flag high on the tale of a mythic, mean-spirited cop "Lester the Arrester" and the title track, a likably goofy singalong in which a guy looking for reefer in the midst of a cannabis drought imagines a day when "grass will flow like wine."

Oh! Pleasant Hope was recorded at a time when Blue Cheer's fortunes were at a low ebb, and it was the last album they would cut before breaking up for several years; it's hard to imagine anyone thought this was a shrewd commercial move, and at heart, this is an album Blue Cheer made because they felt like doing this, and the relaxed attitude and sense of fun is what makes this album work.
by Mark Deming 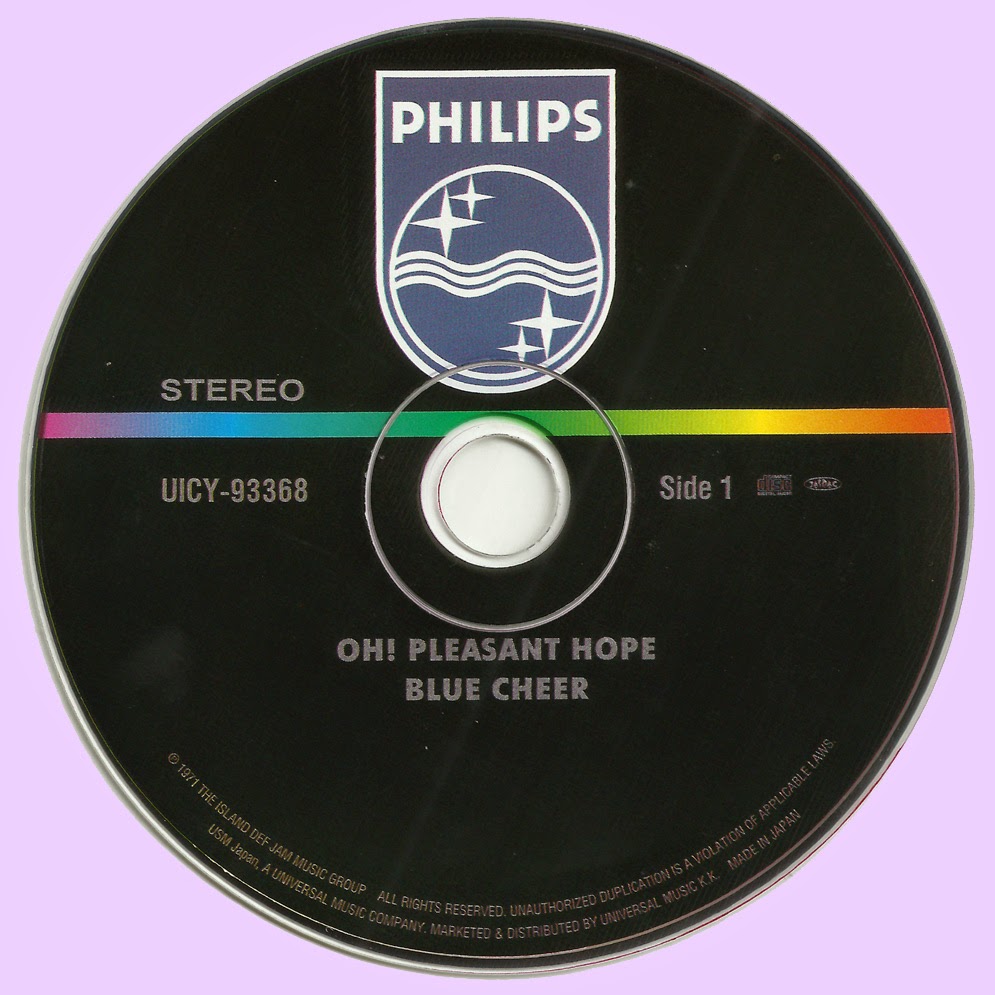 Free Text
Just Paste
Posted by Marios at 5:43 AM 5 comments: