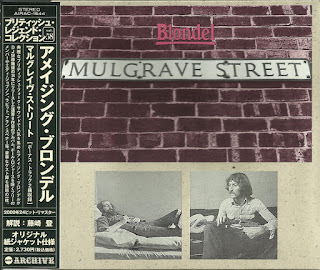 Originally released in 1974. First band album without John Gladwin and along a more commercial line. Long sought after.

With the departure of John Gladwin in 1973, Eddie Baird and Terry Wincott decided to continue The Amazing Blondel. Eddie took up writing most of the material and whilst it was still of an acoustic-folk base it now had a slightly more commercial bent.

'Mulgrave Street' came out to critical acclaim and set up the band for a further three albums. Certain tracks within the album became standards like "Mulgrave Street", "Love must be the best time of your life" and "Sad to see you go".

Continuing to tour extensively the new brand of Amazing Blondel soon became established with a large fan-base to which this album will appeal. And since it has never had a CD release all Folk/Amazing Blondel fans will be sure to seek out this album.

Eddie and Terry are looking to do some gigs later in the year to help promote the release of the long missing Amazing Blondel albums.
Proper-Music 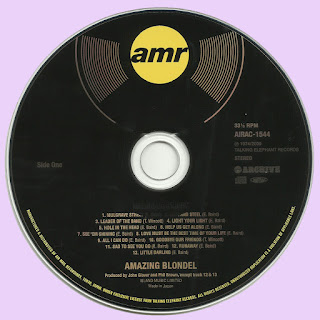 Free Text
Just Paste
Posted by Marios at 10:12 AM 5 comments: