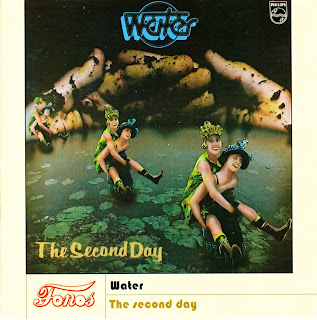 Judging from their debut "The Second Day", the Dutch six-piece Water played a brand of '70s rock where the only musical references I can think of perhaps would be Birth Control's "This Song is Just for You" from their "Plastic People" album, and some Eela Craig. The guitarist has an often-funky edge to his playing, and dominated the band's well thought-out sound together with flute, harmonica and keyboards (mostly clavinet, el-piano and string-synths). The vocals are both male and female, another element that gave the band a varied and interesting sound.

The material on "The Second Day" is fairly song-based, but still with sophisticated and intriguing structures. The opener "Holiday (Hideaway)" is a bit more folk-influenced than the rest of the album, and starts with a nice and rural melody played on flute before the wistful verse appears. The chorus has two different melodies upon each other, and shows off the band's rich vocal harmonies. "After the Ball" is one of the best on the record, featuring good melodies, funky rhythms, nice combination of the flute and harmonica and has the same kind of interesting compositional structure as the opener.

The country-influenced "You're Older Now" is probably the weakest song here, but quickly forgotten when the first side is closed with the nice "Night About Four" that reminds me slightly of a funkier and more soul-inflected version of the British band Samurai. The second side rocks a bit harder, as both "All Around You Tumble" and "Follow Me" features quite loud and rocking riffs, but still avoid being straightforward rockers.

The atmospheric "Come and See the Day" is a pleasant song where their wide use of harmonica really comes to full effect. But "Okinavasta" is again a more upbeat and rocking song, but now with a Latin-flavoured chorus. The title-track is a short ballad where the band enters more symphonic realms, and would not been out of place on an Earth and Fire album. "The Second Day" is an interesting and often unique-sounding record that should appeal to many fans of the '70s.
Vintage-prog 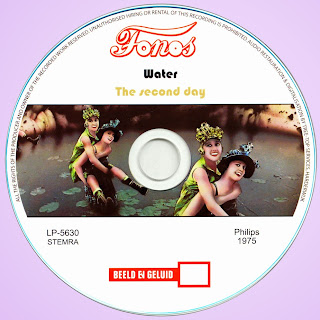