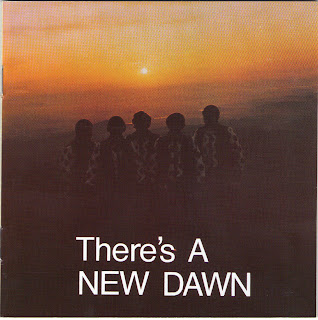 The New Dawn's "There's A New Dawn" has been hailed as one of the rarest and best psych albums to come out of the late 60s and early 70s. It's been a personal favorite Of mine since the day 1 discovered a bootleg copy on CD back in the early 90's .

I found the music to be just as unique and important to me as other bands I had heard from the region: The New Tweedy Brothers, The Sonics and even The Wipers.

They all conjure a distinctive geographical musical perspective. Maybe it's all the rain, but there's an almost tangible thread running through these introspective songwriters.It's a bit like looking at the world through rainy clouds while waiting for a sunny day to arrive.

In 1966, Dan Bazzy (singer , songwriter) and founder of The New Dawn bass player Bob Justin and guitarists Larry Davis and Joe Smith, local Garage Band musicians who had been straggling to find a suitable drummer.

Bazzy joined their band and after a brief stint of playing as The Sound Citizens, The New Dawn was formed. By 1967, The New Dawn were essentially a nightclub band, touring throughout the northwest part of the country, down through California and Nevada, and as far north as Alaskn.

The band recorded and released their private press album "There's A New Dawn" in July of 1970. The songs were composed in the studio and were recorded late at night after gigs. Initially five hundred copies were pressed, but it's estimated that only around 200 may still exist.

Many of the records from the pressing were either damaged due to traveling or were warped, and distribution was limited since the album was sold mostly at their live shows.

Their one chance at the big time came in 1971 when the ABC-Dunhill Records label expressed a serious interest in the demo of three of their new heavier sounding songs. Considering the success ABC-Dunhill had with Steppenwolf, these demo tracks (included on this collection) demonstrate what a great fit the band could have been for the label and gives us a glimpse into what might have been for The New Dawn.

By the end of 1971, The New Dawn faded into the sunset after years of living motel to motel under the disillusionment of their missed opportunity. Over this past year I have had the privilege and pleasure of getting to know Bazzy and his family while working with him on this authorized CD release of "There's A New Dawn".

One of the highlights of this experience was the January 2008 reunion show of The New Dawn in Willamina, Oregon. Bazzy was accompanied by his son Dan (rhythm guitar), Russ Hosley (lead guitar), and Karen Purdom (bass). It still blows my mind that a garagepsych band from rural Oregon has achieved such prominence in the annals of rock history.

I hope you enjoy discovering The New Dawn as much as I did.
by Isaac Slusarenko, Founder Jackpot Records. 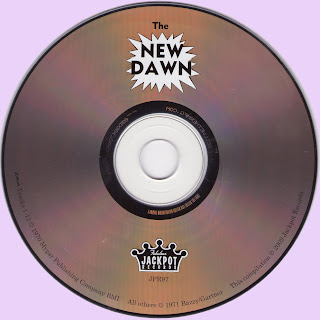 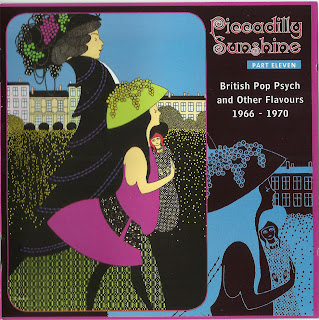 Piccadilly Sunshine Vol.11 gives us a further delve through the colourful confines of long-forgotten British pop revealing pretty colours and flower-power pop. Celebrating the British psyche that inspired songs such as Gypsy Fred and Cobbled Streets, this latest installment illuminates the obscured artefacts of illustrious noise that emerged from the Great British psychedelic era.

Piccadilly Sunshine part Eleven offers bittersweet folk rock and baroque, beat pop from an era that was and never shall be again.
CD Liner notes 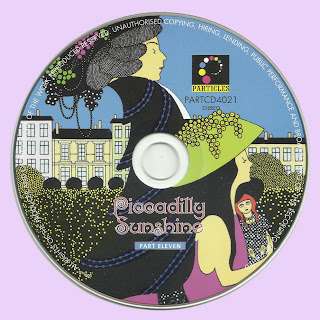