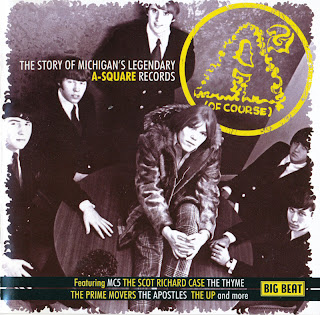 From Del Shannon through Mitch Ryder and Motown and its many offshoots and imitators, Michigan’s rock’n’roll past is tremendously rich – but without a doubt, it is the “high energy” Grande Ballroom era of the MC5 and Stooges that has captures the imagination of the rock fan. Detroit’s rock scene of the late 60s was part of the grass roots rock milieu, clustered in towns like Flint, Kalamazoo, Grand Rapids, East Lansing and, significantly, the college town of Ann Arbor, forty miles west of Detroit. This was the place that music fanatic Hugh “Jeep” Holland established his set up. Jeep traditionally does not get the credit he deserves in his stewardship of Detroit 60s rock’n’roll between 1965-70 but to a large extent, he was the region’s first tastemaker.

Jeep’s passion for music began early. It was inevitable that after moving to Ann Arbor to attend the University of Michigan, he began to help local musicians first in management, and then by recording them on A-Square. The Rationals were his first and the most significant band and he helped them to transform into the accomplished and soulful hitmakers of Respect. Holland was a control freak, mentoring his acts with an almost Svengali-like zeal. But while groups like the Rationals and the Thyme acquiesced, others like the Scot Richard Case and the Prime Movers openly baulked at being manipulated in such fashion.

Like any maverick, Jeep’s motives were misunderstood, his efforts taken for granted. As the Detroit scene began to explode in 1968 and 1969, with the crowds swelling and the gate receipts ever more lucrative, Jeep struggled to maintain control over his business activities. Lacking the cut-throat acumen mandatory for survival A-Square inevitably crumbled. By 1971 he had fled to Boston, departing in a welter of bounced cheques and bad debts.

I first contacted Jeep about reissuing the A-Square material in late 1997, and he was enthusiastic. Jeep wanted to work with Ace – he told me, “you guys do our music better than we do”. My Ace project at that time was the Zombies box set “Zombie Heaven”. True to form, when I mentioned them his instantant response was “ah, Chris White!”, the hallmark of an music expert. Sadly, Jeep died shortly afterwards and his estate passed to his brother Frank, who valiantly sorted through a houseful of papers, comics and assorted junk. When I eventually had the opportunity to survey the material, I was amazed at the sheer quantity of Michigan-related rock’n’roll memorabilia: Jeep had saved everything.

“A-Square (Of Course)” is thus a long overdue tribute to Holland’s stewardship of Michigan rock. It features most of the single sides issued on the label, plus unreleased productions and tracks by acts that Jeep managed or booked. These include the double-whammy firebrand of the MC5’s Looking At You / Borderline (released on A-Square without Jeep’s knowledge); rare cuts by the Frost, Up and Scot Richard Case, the latter the mod-ified early incarnation of SRC; and last but not least, a live I’m A Man by the Prime Movers, sung by a youthful Iggy Pop. The packed booklet depicts just a small fraction of the mountains of memorabilia in the Holland collection. Wherever you are Jeep, I hope it makes you proud.
By Alec Palao 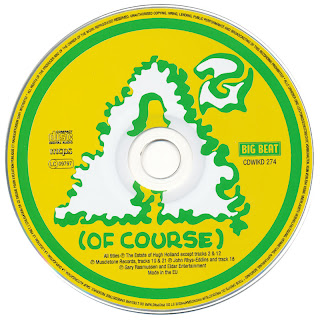 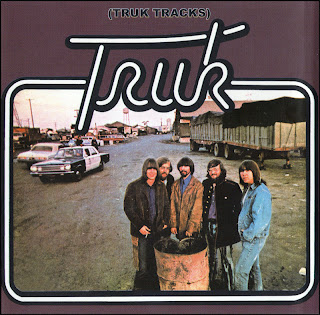 Truk obviously had a pretty strong affinity for the trailblazing trudge of titans like Cream, and the powerful, messy drunken genius of early Guess Who.It's the kind of record where the drums and electric guitar crunch buries the sound right into the middle of your chest when it's played loud enough.

The sound was surely found at a dime-a-dozen in '71, but they sure don't make them like this today! 10 tracks, including "Country Woman", "Got To Find A Reason", "Pretty Lady", "Yellow Cab Man", "Silence Ending", "Max", "Sun Castle Magic" and more."

In 1973 Glenn Townsend resurfaced with Johnny Rivers and later Willy Daffern played with the reformation of Captain Beyond.  Truk Traks  Album cover picture shot at the East-West Truck Terminal in Orange County during a strike by the Teamsters.  The L. A. P. D.  was called by the security dude, who was not told we had permission to shoot the pictures. 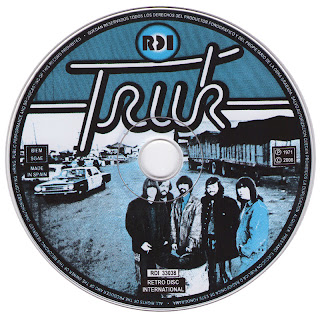