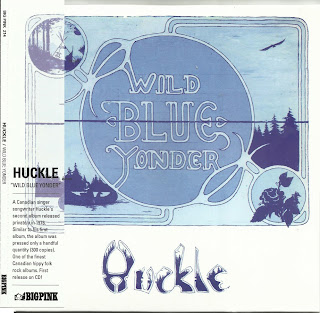 The singer-songwriter known as Huckle was born in 1954 and grew up in Montreal and Toronto Huckle moved west to Gabriola Island in 1973 and helped organize two western tours by Perth County Conspiracy (dne), performing the warmup act for some of the shows.

Two more songs performed by Huckle and Paul were recorded live on stage at Gabriola Hall the next night. These tracks became Huckle's first album release "Upon a Once Time" 500 copies were pressed and mostly sold off the stage at concerts. One of the very first "indie"  records, it has now become rare vinyl and sells for a lot more than it did when it was new ($3) if you can find one.

In summer 1974 Huckle moved to Salt Spring Island and joined the wildly popular local band Sodbusters. They threw boogies at community halls on Vancouver Island, the Gulf Islands and the mainland. They also had a grant to tour and perform in BC prisons and work camps. That fall they recorded an album with Si Garber in Vancouver, now also rare vinyl

After wintering in Central America, a summer 1975 tour in eastern Canada included performances by Huckle at many folk festivals (Home County, Northern Lights) and folk coffeehouses (Black Swan, Yellow Door). Paul Gellman and Huckle did a caravan cross Canada tour that fall, with Laura, Cathy, Sam and Jeremy, and Sally Sunshine along, and landed back on Gabriola Island. Huckle and Paul formed a band, Wild Blue Yonder, with Wende Sinclair, Tom Agostino, and Straw. They did a western Canada tour in spring 1976 including a live radio show at the Hovel in Edmonton with Holger Petersen.

A third tour in fall of 1976 as a duo with Tom Agostino introduced the second Huckle album "Wild Blue Yonder", now, you guessed it, rare vinyl. Recorded live and in the studio,   300 copies were pressed Also that year Huckle performed on the national CBC radio show Touch the Earth with Sylvia Tyson and Bill Garrett. In 1977 Huckle moved back to Salt Spring Island and began performing solo again, mostly in Victoria. This led to the formation of Real Fantasy Band. He teamed up with some jazz fusion players (including Hugh Fraser), and played festivals and shows with them for three years.

His third album "Real Fantasy" had band recordings on side one and acoustic solo tracks recorded at Michael Grieve's Keye Studio in Victoria on side two, released on cassette only.
Huckle 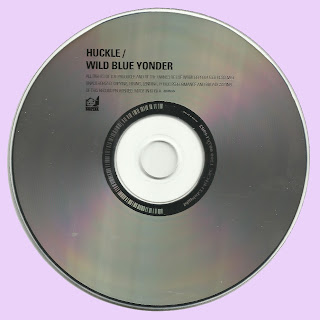