The Other Half - The Other Half (1968 us, outstanding raw garage and blues rock tingles, with pre-Blue Cheer Randy Holden, 2006 extra tracks release) 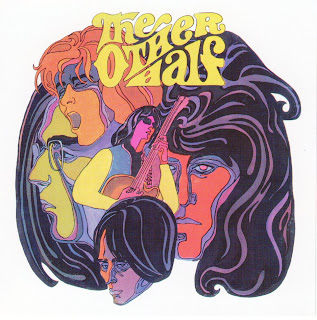 While there are literally thousands of psych LPs out there, there's a small core (say 400 or 500), that are widely recognized as sought after genre classics. This is one of 'em ...

It's always struck us as kind of interesting that these guys (bassist Larry Brown, former Fender IV and Sons of Adam guitarist Randy Holden, singer Jeff Nowlen, rhythm guitarist Geoff Western and drummer Danny Woods) have been lumped in with San Francisco bands such as The Dead, The Jefferson Airplane and Quicksilver Messenger Service. Geographically hailed from Los Angeles they really weren't part of the Haight Ashbury scene (though they played a lot of shows at the Avalon and other San Francisco clubs). Musical comparisons to those other bands are equally clumsy given their weird hybrid of garage and psychedelia set them miles apart from most contemporaries.

As The Other Half, by 1966 Brown, Nowlen, Western and Woods had begun to attract a devoted local following in Los Angeles. Interesting it was band fans that suggested they consider adding guitarist Holden to the line up. Unhappy with his current outfit (Sons of Adam), Holden ended up jamming with the group at a local club, subsequently joining the lineup. The band's live act (including Holden's 20 minute guitar solos), brought them to the attention of the small GNP/Crescendo label which released their 1966 debut "Mister Pharmacist" b/w "I've Come So Far" (GNP/Crescendo catalog number 378).

A growling slice of garage/punk anger, the single did little in terms of sales, but attracted the attention of Kenny Meyers, who promptly signed them to his newly formed Dot-affiliated Acta label (along with San Francisco's Neighb'rhood Childr'n).

Released in 1967, their label debut "Wonderful Day" b/w "Flight Of The Dragon Lady" (Acta catalog number 801), attracted critical attention, but few sales. In spite of that, Acta agreed to finance an album, though the project was apparently done on a shoestring budget and without much post-production work - check out the goofy dialog in the midst of " Introduction" and the sound of someone coughing in the background of "Wonderful Day".

Good thing Acta financed the LP. Produced by the band, Larry Goldberg, Leo De Gar Kulka and Hank Levine, 1968's "The Other Half" is nothing less than a lost classic. This is a horrible description, but propelled by Holden's mind numbing guitar (more about that later) and Nowlen's bluesy voice, the album featured a wonderful mix of Yardbirds-styled blues-rock, raw garage moves, West Coast-psychedelia and Eastern influences ... yeah, we've described an aural stew that includes virtually everything but a kitchen sink.

As mentioned earlier, Holden's dizzying guitar work was unparalleled. Highlights included the Arthur Lee-penned "Feathered Friend" (checkout his fuzz work), "Flight of the Dragon Lady" (how'd he get that sustained distortion?), the Indian flavored "I Need You" and the cataclysmic closer "What Can I Do For You, The Other Half". Regardless of whether you're into psych, this is simply a great guitar album !!! Greeted with complete indifference, the set quickly vanished into cutout bins. (Tom Hall provided the cool period cover art ...)
BadCat 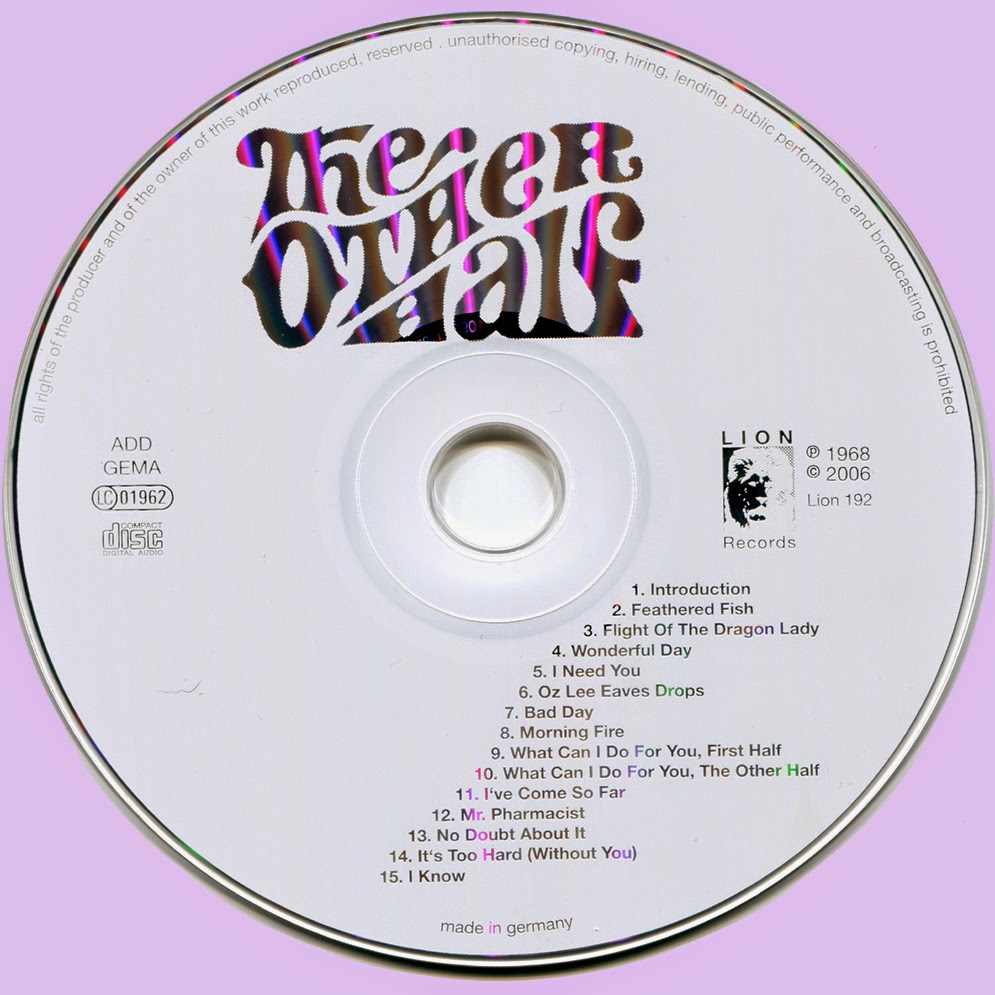