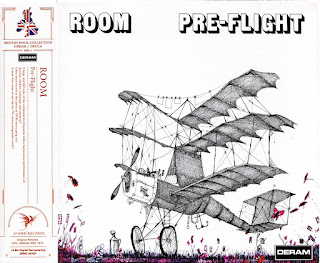 Room was an obscure British group who released a promising debut-album, and then disappeared into oblivion. They played a quite rough, unpolished and guitar-dominated style of early 70's progressive rock mainly influenced by jazz and blues, but they also gave the music a symphonic side by using lots of strings and brass.

They were fronted by a female-singer, and her voice fitted well into their often melo-dramatic and complex songs. The title-track and the instrumental "Cemetery Junction" are both solid progressive rock tracks in several sections, and reveals a tight and technical very competent band. "Andromeda" shows the band from their most dramatic and grandiose side, while the more blues-inflected tracks "Where Did I Go Wrong" and "Big John Blues" are more modest and basic.

The quiet parts of "No Warmth in My Life" tend to remind me of Affinity, and that's not a bad thing at all. "Pre-Flight" is an album with lots of qualities, and should be well worth checking out.
Vintage-Prog 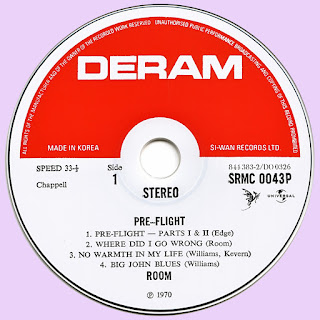 Free Text
the Free Text
Posted by Marios at 8:48 AM 11 comments: