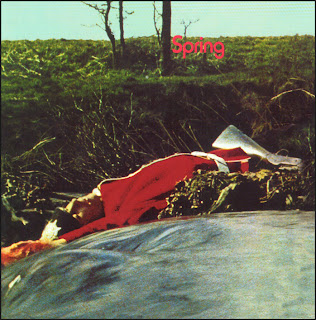 Mention the name Spring to devotees of early 70s progressive rock and you'll be met with quotes like "amazingly professional live" and "one of the first bands to use the mellotron as an integral part of their sound". However equally as many people will say "Spring? Who?" as so little is known about the band.

Formed in 1970 and based in Leicester, vocalist Pat Moran, guitarist Ray Martinez, drummer Pick Withers, bassist Adrian Maloney and keyboardist Kipps Brown had all previously played in local bands. Following a gig in Cardiff the Spring touring van broke down on the way home leaving the band stranded 'somewhere in Wales'. It was then that fate dealt one of its kinder blows for the first car to stop and help them was one driven by Kingsley Ward who owned Rockfield Recording Studios.

Recalls Ward: "I'd spent months trapesing around the country in search of new talent and here I meet a group in a broken down truck in my own home town". Inviting the band to audition, Ward snapped them up for management, heavily influenced by their mellotron-driven progressive rock. Prior to the release of their self-titled debut album (NEON NE6), produced by Elton John cohort Gus Dudgeon, Spring toured the UK supporting Velvet Underground also played with the likes of Keith Christmas and The Sutherland Brothers. This highly collectable LP, released in a triple gatefold sleeve, remained their only official release as the band went their separate ways in 1972. The second, unreleased, album, "Spring 2", has finally seen light of day in 2007 via Second Harvest.

Following the band's demise, vocalist Moran pursued a career in production and his credits include Iggy Pop, Robert Plant, Lou Gramm and Eddie Bickall to name but a few. Ray Martinez became an in-demand session guitarist working with the likes of Alkatraz, Michael Chapman, Gypsy, Tim Rose and Robert Plant. Currently a member of Showaddywaddy, Martinez also played in late 70's rock band Airwaves, whose first LP was produced by Moran. Kipps Brown worked with Ian Anderson and continues to play in local bands in Leicester whilst bassist Maloney retired from music. Pick Withers, like Martinez, took up session work and helped out the likes of Chris Jagger, Bert Jansch, Prelude, Magna Carta and Dave Edmunds before joining Dire Straits in 1978.
by Mark Brennan 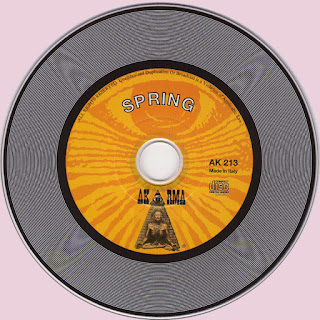 Free Text
Just Paste
Posted by Marios at 7:09 AM 8 comments: