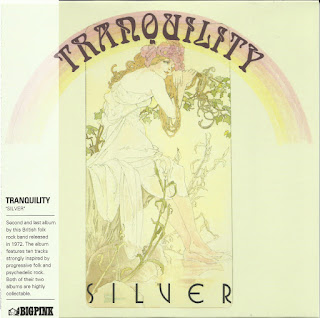 Having garnered a spot opening for The Byrds during a brief 1972 US tour, the band's unexpected American success saw Epic Records offer them an opportunity to record a follow-up album. Heading back to England, the band went through a couple of personnel changes that saw drummer Eric Dillon replaced by Paul Francis, bassist Paul Leverton replaced by Bernard Hagley, and the addition of lead guitarist/singer Berkley Wright.  Produced by Ashley Koyaks, 1972's "Silver" didn't mark a major change in musical direction from their debut.

Epic clearly spent a little more money on the recording sessions (at least allowing the band to buy a couple of synthesizers for Tony Lukyn  - check out the opener 'Eagle Eye'), which served to give the album a fuller sound. With singer/lead guitarist Terry Shaddick again handling most of the writing chores (keyboardist Lukyn contributing the country-tinged ballad 'LInda'), the album found the band trying to find a musical sweet spot between blatantly commercial and hipper, rock oriented numbers.  Their musicianship remained impeccable - how many bands can claim three talented guitarists, let alone three good lead singers?  And that may well have been their downfall.  Pop fans were probably put off by their more rock oriented moves, while rock fans probably wanted little to do with their country, or pop moves.   In practical terms the overall impact was minimal, which meant if you admired the debut, the follow-up (which only saw a US release), was probably going to appeal to you as well.

Eagle Eye' started the album off with a melodic rocker.  Kicked along by some nice jangle rock guitars, the song showcased Shaddick's knack for pretty and catchy melodies, as well as the band's patented lush harmony vocals.  Opening up with a slightly dreamy, almost lysergic quality, the mid-tempo ballad 'Can I See You' was one of the album highlights.  Simply a beautiful song with some killer harmony vocals, its hard to believe this one didn't generate some radio attention for the band.  Penned by keyboardist Lukyn, the country-tinged ballad 'Linda' was one of the album's 'growers'.   With a breezy melody, the song's winning edge came in the form of some killer Shaddick acoustic slide guitar.  'Whip Wheel' started out as a decent enough pop song showcasing some nice Lukyn electric piano.  And then about two thirds of the way through, the song took an abrupt and unexpected change in direction heading towards a far harder, almost Floyd-styled hard-rock sound.  Powered by some David Gilmore-styled lead guitar, the results were great.  Short, but great.

Kicked along by some stellar jangle rock guitars, 'The Driver's Engine' found the band returning to a country-rock orientation (emphasis on rock).  Another one that gets better the more you hear it - this one's always reminded me of something Mike Nesmith might have written and recorded with The Monkees. Another album highlight, 'Couldn't Possibly Be' may have had the album's strongest melody and when it got going, it was easily the toughest rocker.  Yeah, the lyrics were a bit spacey, but who cared.  A breezy pop track with touches of English Vaudeville, 'Nice and Easy' found Shaddick and company stepping into their best Paul McCartney impressions.   Another one that climbed into your head and simply wouldn't leave, it would have made a nice single. Anyone who likes melodic pop is probably going to get a kick out of both of the Tranquility albums.

In an effort to support the album Epic brought the band back to the States slotting them as the opening act for a slew of nationally known bands including David Bowie, The Eagles, J. Geils Band, Humble Pie, and even Yes.  Unfortunately those shows did nothing to help sales and Epic subsequently dropped the band from its recording roster.

The band spent the next two years trying to break in the US.  In 1974 they signed with Island apparently recording what was intended to be a third LP, though all to emerge was an instantly obscure single, 'Born Again' b/w 'One Day Lady' (1974 Island catalog number WIP 6192). Dropped by Island, the band called it quits and the members scattered,  Francis became a sessions player, Bernie Hagley was briefly a member of Jonesy and then joined Vanity Fare, Leverton hooked up with Caravan,  Shaddick turned his talents to songwriting, enjoying a slew of hits with material like 'Physical' for Olivia Newton John.
Bad-Cat 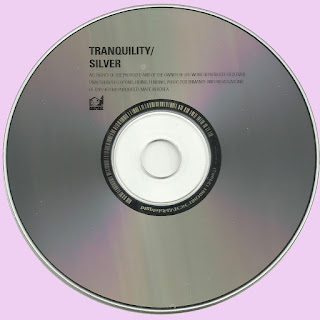 Free Text
Just Paste
Posted by Marios at 9:13 AM 5 comments: