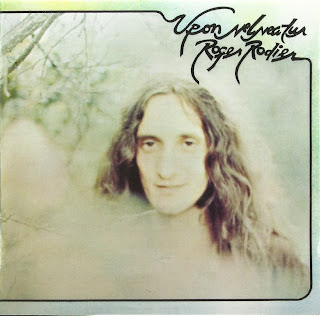 It can be a bit of a mystery why some artists develop successful careers and other equally talented individuals never make it off the ground, languishing instead in obscurity and penury. Take Roger Rodier, for example. A French-Canadian folk-singer-songwriter who recorded two singles in the late '60s before releasing the album Upon Velveatur in 1972. This LP created the tiniest of ripples and promptly sank without a trace, leaving Rodier little choice but to leave the music business and get on with some other kind of life.

Yet, on the strength of this album (released now on CD for the first time) he probably could have achieved a great deal more. For the most part, this is a collection of dreamy, introspective folk-rock tunes that sound very much aligned with the British early '70s folk boom. More specifically, the sound is reminiscent of Nick Drake's work circa Bryter Layter : acoustic guitar, melancholy melodies, hushed vocals and lush orchestration combine to create a sense of space and unhurried purpose.

Take, for example "My Spirit's Calling" and its evocation of the same mournful philosophising as Drakes "River Man", like a sigh and a shrug in the face of insurmountable cosmic sadness.. "While My Castle's Burning" is an angry, despairing cry with aggressive strumming, electric guitar breaks and unhinged, wordless shouts and snorts that almost make up for the unfocussed, impenetrable nature of the theme. It's kind of like a protest song sung to oneself. when no one else was meant to be listening.

To these ears, the most successful tracks are those that move away from the pastoral, tea-on-the-lawn aesthetic and embrace West-Coast American, electric folk-rock. "Am I Supposed to Let It By Again?" has an unmistakeable touch of Crosby Stills and Nash, all big harmonies in the chorus and electric fuzz guitar solos. Meanwhile "Just Fine"'s loping drums and soaring verses bring to mind some of Neil Young's most inspired moments. "Let's See Some Happyness", with it's bluesy riff and voluptuous, gospelised backing vocals, could be an outtake from Stephen Stills' first solo album.

Perhaps the comparisons are unfair. Rodier was clearly a very real talent on his own terms. Who knows - if he'd had the chance to make more records and develop his art, he could have done something really memorable. As it is, this remains an enjoyable and entertaining snapshot of early '70s songwriting and heartfelt attempts at musical expression.
by Daniel Spicer 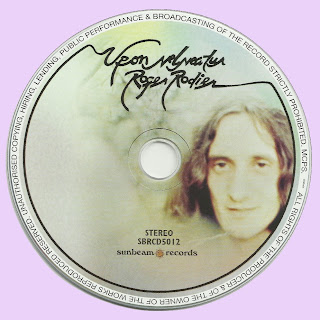