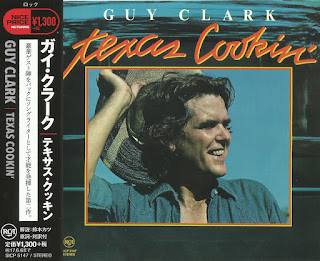 Guy Clark's sophomore effort sounds more like a party of friends who got together to pick together on a Saturday night that it does a sensitive singer/songwriter outing. Essentially that's what it is, coming as it did at the height of the outlaw movement fever. Recorded at Chips Moman's American Studios in Nash Vegas, there is no producer listed on the set, so you can assume Clark did it himself with the aid of his many compadres here, who include but are not limited to Emmylou Harris, Susanna Clark, Johnny Gimble, Jerry Jeff Walker, Hoyt Axton, Waylon Jennings, Tracy Nelson, Brian Ahern, Mickey Raphael, Rodney Crowell, David Briggs, and Chip Young.

Songwise, Clark's on a roll here; first there's the wooly party tune, "Texas Cookin'," that celebrates the Lone Star State's particular ability to make their food taste good with beer, and then there's the stunning "Anyhow I Love You," with Emmylou, Waylon, and Crowell accompanying Clark as a chorus. Jennings' harmony singing here is the best he did in his career. There's the mid-tempo "Good to Love You Lady" with Walker, Axton, Crowell, and Harris singing in a smoky contralto, an honest to goodness country song, baring its fiddles, pedal steel, and a trio of acoustic guitars to carry those rough and sweet voices through the story. And while the up-tempo tunes here are wondrously raucous fare, Clark's strength as a ballad writer is almost unequaled among his peers.

Nowhere is this more evident than on "Broken Hearted People" (since retitled for the refrain, "Take Me to a Barroom"). Clark's version of the song lacks any sentimentality. He is one of the tune's subjects; his resignation is to spend his mourning days on a barstool after discovering a lover's faithlessness, but he's already wasted and can't even get there under his own power. His devastation is only eclipsed by his desperation: "Take me to a barroom driver/Set me on a stool/If I can't be her man, I'm damned/If I'll be her fool." In addition, Clark's "The Last Gunfighter Ballad" is a signature song, like his "Randall Knife" or "Desperadoes Waiting for a Train." It's a song; it's a story; it's a movie with acoustic guitars a bass, a cello, finger cymbals, and Waylon. Chilling, stirring, and unforgettable, just like the album itself.
by Thom Jurek 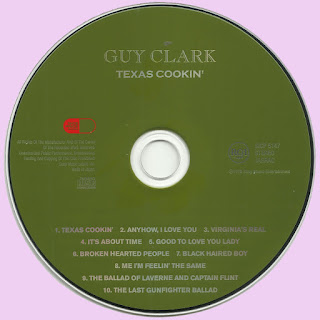