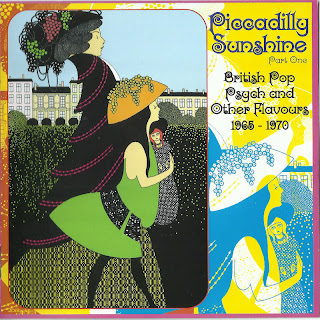 The Piccadilly Suns series sets foot into the deep and wondrous valleys of British Pop music culture. Daring to bring forth the once overlooked and sadly neglected songs that were laid to waste in a saturated wonderland of suburban teenage pop. Join us as we tiptoe barefoot and trip through the late 19605 and early yos in Great Britain's vast and glorious, cultural dustbin. Stepping amongst the twenty flower-powered trippers presented here, together we shall lovingly restore them their former glory.
Let us begin...
by Nick Saloman 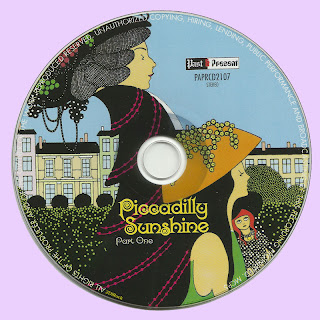 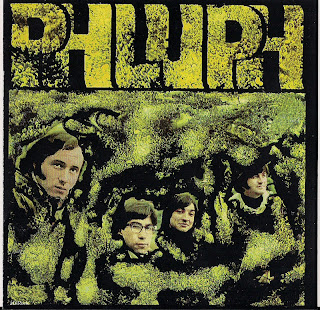 Hailing from Boston in the late sixties, Phluph recorded their one and only album for the Verve record label before drifting off into obscurity. One wonders why such a talented group never achieved success in the music industry.

Perhaps Verve, being a predominatly jazz based label, did not know how to promote the band properly. Or perhaps it was because Phluph were part of the ill-fated "Bosstown Sound" scene which caused such a furore in the music industry at that time.

The “Bosstown Sound” was started as a publicity campaign by producer Alan Lorber, aiming to market the various Boston based psychedelic bands on MGM’s books (The Ultimate Spinach, Eden’s Children etc) as being part of one singular movement.

The idea was to rival the burgeoning San Francisco scene as well as the Mersey-Beat sound that was being imported from across the Atlantic. Unfortunately the rock critics and the underground took umbrage at what they deemed was a shallow corporate attempt at selling the counter-culture back to them as a package.

There was strong anti-establishment feeling at this time because of the Vietnam War, and this helped to fuel the fire against the Boston scene.

This coupled with the subsequent pressure from those on the West Coast who declaimed them as frauds, meant that many of the bands became black- listed, never getting the sales figures that they deserved.

Phluph never survived the backlash and disappeared, leaving behind their sole album cut for Verve in 1968. Since its rediscovery the album has garnered some disparaging reviews from some quarters, yet has been lauded by others.

In all honesty Phluph is not as ground breaking or experimental as other albums from that era but nevertheless it still stands as a great slice of psychedelic pop.

It is an album very much of its time, combining all the elements most people would expect from a late sixties piece; fuzz guitar, close harmonies, thinly veiled drug references in the lyrics and a heavy amount of organ grinding.

Sadly the sleeve notes don’t reveal which band member played which instrument, but working on the assumption that all organists from the sixties looked like Ray Manzarek, one can probably ear mark the chap with the enormous glasses and cunning haircut as being the man in charge of the keys.

And what a player the organist was. Just as Manzarek was the musical genius and driving force behind the Doors, so too the organist on this album steers the group to safety, manipulating the instrument in every way possible in order to draw from it all possible sounds.Whether it’s conjuring up mournful paranoia for “Girl in Tears” or propelling the group through the brilliant “Patterns” or the Beatles-esque “Ellyptical Machine”, the guy on the organ holds the day.

He even gets a freak out on the bizarre “Love Eyes”. This tune also boasts a haunting guitar solo which DJ Shadow sampled for his Private Press LP. Apart from those moments of genius the rest of track doesn’t hold up to much scrutiny.

“In Her Way” has got to be the pick of the bunch. Spaced out vocal harmonies and jangling guitar chords open the song before the band gets into a bass heavy groove.

The shimmering organ fades in and out under the bass line, before the track moves on to a great fuzzy guitar solo, with the guitarist making the instrument sound like a busted sitar. It’s a near perfect 3 minutes of psychedelic pop.

In the liner notes on the original LP there is a quote about the band from Cashbox Magazine: “We can’t see anything that could possibly hold back a group like this.When their reputation catches up with their ability, Phluph may very well be famous throughout the world”.

Unfortunately something did stand in their way and all the potential from such a talented bunch was never fully realised. In a different world maybe they would have been given a chance to become more than just a bargain bin relic
by Gerard Fannon 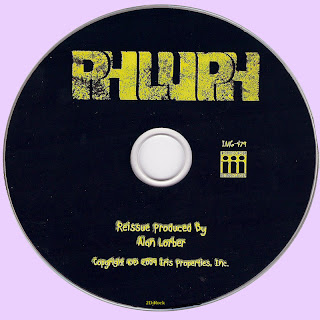