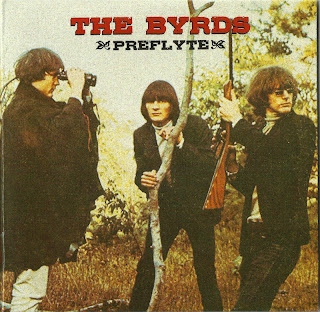 The Byrds came along at a time when American rock needed a shot in the arm which would raise the music to the levels attained by the British groups and allow it to meet the emerging head culture. The Byrds did it; but the subtlety and aversion to gimmick that is found in their music and in themselves doomed them as a sleeper group, always popular and musically influential, but denied the superstardom conferred on more pretentious, melodramatic personalities by an industry geared to the Image. That they have survived at all (in whatever form, despite their own internal storms) is one of those joyous accidents for which we should all be grateful.

This album was recorded in August, 1964, at the very beginning of the Byrds' career and prior to their contract with Columbia. Slightly rough and sounding a bit dated, it still overflows with that unique unschmaltzy beauty and lyricism that has been the Byrds' trademark. Four of the eleven songs appeared on Mr. Tambourine Man, and they sound like less focused takes of something that later became masterful and transporting. But place this music in perspective: suppose it had been released in late 1964. Aside from the first two or three albums by the Beatles or the Stones, there was absolutely nothing out as good, as aurally visionary, as unpackaged as this.

By the time the Byrds were released to the public, several other groups — the Yardbirds, the Kinks, the Spoonful — were working toward the same shift in the system, and few people realized what an innovation the Byrds were, both spiritually and musically. They took the basic lessons of the Beatles and the Stones, filtered them through Dylan and the less pretentious aspects of the folk scene, and came up with a big, new, visionary sound.

Propelled by the ringing grandeur of McGuinn's electric twelve-string and Hillman's incredibly advanced bass playing, they created a stately, transcendent sound of magnificent brilliance, lifting listeners into bold new realms of dream, turning the stoned hordes from preachy, flatulent folk music to the vibrant new and old sounds of rock. And the Byrds' influence, in the years that followed, on everybody, from the Beatles to the Velvet Underground, is simply an undiminishing fact of life.

Preflyte: an album marking the beginnings, but an album of fine and fascinating music as well. Gene Clark's songs abound, and though Clark seemed for the most part a formula composer, all his songs had a certain lovely feeling that seldom palled. Declasse influences like Johnny Rivers turned to lucid, beautifully methodical harmonies in Clark's mind. She Has a Way, for instance, utilized the Spanish Harlem Incident guitar lead and early Beatles composition, but like everything else the Byrds have ever done, it glided effortlessly over the puerility and crass, mindless imitation which dominated the scene in '64, to emerge as a shining, deeply felt piece of music.

Preflyte recalls the inception of a genius outfit that has contributed more to rock than anyone else on this side of the Atlantic. Even if you're not a hardcore Byrds freak, I hope you'll buy this album for that reason. At this late date, they deserve all we can give them.
by Lester Bangs, October 18, 1969 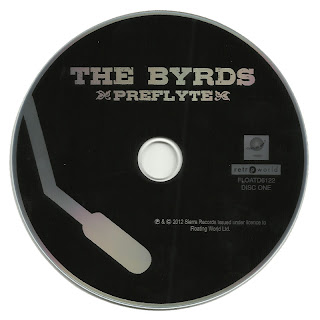 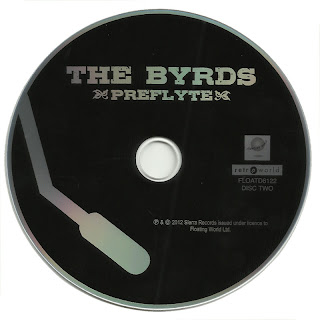 Free Text
Text Host
Posted by Marios at 8:49 AM 26 comments: