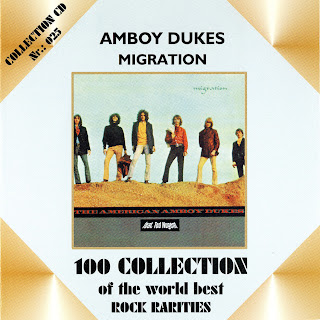 The most prominent feature of Migration (the Amboy Dukes' third recording, originally released on Mainstream records) is the lack of a spaced-out follow-up to the group's biggest hit, "Journey to the Center of Your Mind." Perhaps "terrible" Ted Nugent was starting to win the drug war that was beginning to wage within the band, a war that would ultimately claim more than a few key lineup casualties.

No matter the reason, Migration -- with it's less opaque drug references and general grooviness -- was given a cool reception at record stores as listeners perhaps became slightly confused about the Michigan band's intentions while pondering Nugent's relatively eclectic musical approach. Case in point: the spot-on version of Frankie Lymon and the Teenagers' "I'm Not a Juvenile Delinquent."

Besides this bizarre but affective cover, other highlights include the instrumental opener "Migration" and one of Nugent's all-time favorite songs, "Good Natured Emma." More ambitious than the group's huge-selling effort from the year before, "Migration" might be the better of the two discs, if not the best of the Amboy Dukes' career.
by Jason Anderson 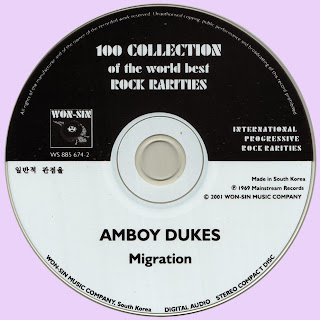