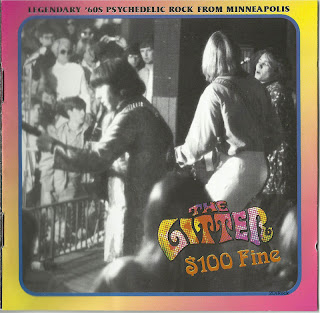 "The Litter" was originally formed from two popular Minneapolis bands in 1966, "The Tabs" (Dan Rinaldi, Bill Strandlof) and "The Victors" (Denny Waite, Jim Kane).  Tom Murray was plugged in after auditioning for the group at the Minnesota State Fair. The name "The Litter" was presented to the band by Jim Kane and chosen over several other suggestions including "The Mustys".  The original connotation of "The Litter" referred to a "litter" of puppies NOT trash or garbage as many people have assumed over the years.  The album title $100 Fine was in part responsible for perpetuating this misconception.

Tom "Zip" Caplan replaced Bill Strandlof in 1967 after Bill had recorded Action Woman, Legal Matter and Soul Searchin' for the Distortions album.  The album was finished with "Zip" playing lead on the rest of the tracks. In the early days "The Litter" would learn songs from English albums imported to Jim Kane from a friend.  Not yet released in the United States, these songs were mistaken by audiences for original "Litter" tunes. "The Litter" was the first group in the Mid-West to use lights and strobes in their stage act.

Dan Rinaldi was the first musician in "The Litter", and in fact in the entire Mid-West, to smash his equipment on stage. "The Litter" as a group was the first band in the Mid-West to use fire and smoke as well as wrecking their equipment as part of their stage show. Contrary to popular belief it was "The Litter" not "The Electras" (later renamed "Twas Brillig" for the national release of Warren Kendrick's Dirty Old Man) who recorded Action Woman first in Nov. 1966. "The Electras" recorded their own version for Kendrick in the spring of 1967, but this 45 rpm was never released and is extremely rare. "The Litter" 45 rpm of Action Woman also commands big bucks on todays collectors market.

the second "Litter" album $100 Fine, had fewer copies pressed (1000), than its predecessor Distortions with 2000 copies. The album name $100 Fine was "Zippy" Caplan's idea after he saw a sign on the highway during a road trip to Chicago with the warning "No Littering - $100 Fine". Unable to come up with an idea for the $100 Fine album cover, "Zippy" Caplan suggested to Warren Kendrick that a color photo of Denny Waite's face be blown up to dot information proportions but Kenrick used a picture of one of Murrays' drums instead.

Blues One from the $100 Fine album was the first original song exclusively written by "Litter" members. In order to fill out time on Side 1 of the $100 Fine album, the last track was added by Warren Kendrick after the album was finished.  Calling it Apologies to 2069 Warren put it together in the studio using parts of Action Woman slowed down and parts of Tallyman and Kaleidoscope played backwards.  Mixed with electronic sound effects, he used to say it was his way of apologizing to the people of the future for the crude recording technologies of the 1960's. The song Kaleidoscope from the album $100 Fine was the first American made recording to use the then new phasing technology thanks to Warren Kendrick.

The version of "The Zombies" She's Not There used on the $100 Fine album was arranged by "Zippy" Caplan and guitarist friend Randy Resnick ("John Mayall Group") and presented to "The Litter" by Caplan.  The idea for the arrangement came to the two guitarists while they were experimenting with the song after being influenced by the "Doors'" Light My Fire and "Quicksilver's" Gold and Silver. The album $100 Fine was #10 on the Twin Cities album charts in 1968 and received a major write-up and review in the Star and Tribune.

"The Litter" recorded a song called Angelica while in Texas recording $100 Fine in 1968.  Since the vocalist was J. Frank Wilson (Last Kiss fame) this song was excluded from the album's final version.  Due for release by J. Frank Wilson, it was pulled after (a very similar type song) Honey (Bobby Goldsboro) hit the charts big. This cut, to date, has not appeared on any "Litter" album or compilation and is the rarest "Litter" recording. Angelica, written by the well known songwriting team of Cynthia Weil and Barry Mann, was originally released by Barry Mann on Capital in July 1966 and later re-released in 1971 by Ed Ames on RCA.  Neither version became a hit song.
The Litter 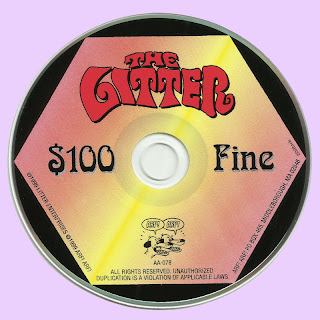