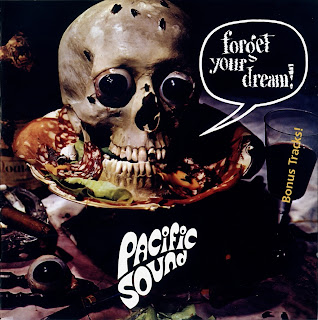 Legendary Swiss heavy psychedelic/progressive band with their sole album originally released in 1972 on Splendid Records. First official reissue on Long Hair limited to 500 units. Touches of Procol Harum and obviously inspired by the U.S. westcoast sound, this album is a real killer.

Val-De-Travers lies in the French speaking Swiss canton of Neuchatel. Thus began the story of Pacific Sound. Four friends, Chris Meyer (vocals), Mark Treuthardt (guitar, bass), Diego Lecci (drums) and Roger Page (keyboards) were practising there for their next gig at the Ballroom in their birthplace of Motiers.

Yves Dubois, a friend and fan of the band, was urging the band to "stop playing ballrooms, start writing your own songs, form a pop band!!" The band decided he was right as they were fed up with playing covers of international hits and began to work on their own ideas. Yves started to look after the band's organisational matters and became a sort of a manager.

On Roger's suggestion, the band called themselves Pacific Sound and within a few months began to take shape with a set of almost all original compositions. After playing gigs in their own region the band gained confidence and played nearby France.

The next step on the ladder of success was to release a record. Yves invited Rare Records (from La-Chaux-De-Fonds) producer J. P. Louvin to a gig. Louvin was impressed and offered the band to record a single for his label.

At the end of 1970, the band recorded "The Drug Just Told Me" and "The Green Eyed Girl" at the Stephan Sulke Studio in Biel. The single was a success. Pacific Sound were on a roll and a couple of weeks later they went back to the same studio and producer to record "Ballad To Jimi" and "Thick Fog" for release next year on Splendid Records.

Fans and critics applauded the single, the band's originality and creativity was praised. The single won the first prize at the 1971 European Pop Jury in Cannes and was Pacific Sound's breakthrough. It was also released in 18 countries on 8 different labels including Decca, Phillips, CBS and RCA.

Following the release of the prize-winning single "Ballad To Jimi", the popularity of the band increased dramatically and they were showered with gig offers. The band toured successfully throughout Switzerland. Louvin suggested the band record an LP. Early in 1972, they went back to the Sulke Studio and recorded 7 new songs which, in addition to "Thick Fog", made up the LP "Forget Your Dream!", which was released in 1972 on Splendid Records.

The LP was well received and a European tour was arranged with gigs in Belgium, England, Holland, Germany and France. The band needed to upgrade their equipment for larger gigs, so Roger took out a bank loan, but just as the tour was about to start, the rest of the band, including manager Yves, left Roger in the lurch. Louvin suggested to Roger to look for replacement musicians and a new line-up was created

However, it never recaptured the old Pacific Sound spirit. The new line-up didn't gel musically and Roger was left with his debts which were paid with the money made on the tour. And that is the end of a wonderful story. Nowadays Roger lives in a small village near Neuchatel and is a professional musician
by Roger Page 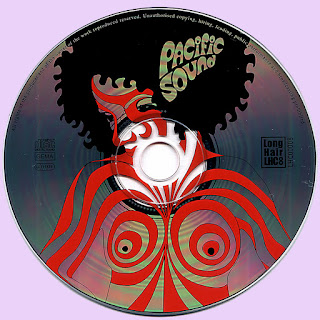