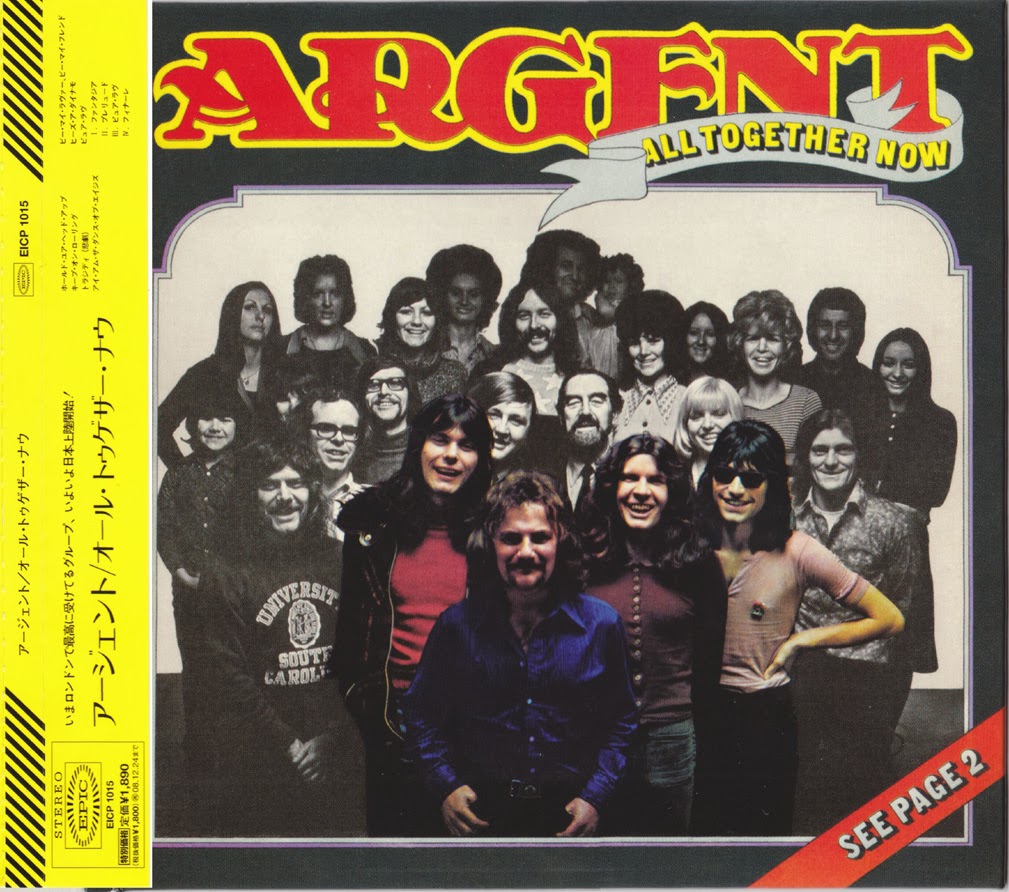 Since this only a shortie record review, there is no need to pad a basic positive or negative response with a two page synopsis on the band’s history. Thus, for all you know, Rod Argent, keyboardsman and vocalist for Argent, could have walked off the streets and into the studio.

Perhaps you’ve heard “Hold Your Head Up,” their single. If so, then you have an idea of the tremendous class and style the band has.

In England, the song and the album are at the top of the charts. But then, England was onto the Rolling Stones a full year before America was.
by Cameron Crowe,  July 7, 1972

Thanks to the hit single "Hold Your Head Up," All Together Now was Argent's most successful album, and in many ways, it's also their most consistent. Although it isn't quite as interesting as the debut, the band has perfected an anthemic rock that owes as much to hard rock and progressive rock, and cuts like "Be My Lover, Be My Friend," "I Am the Dance of Ages," and "Keep on Rollin'" will appeal to fans of "Hold Your Head Up," even if they lack the wild spark of Argent.
by Stephen Thomas Erlewine 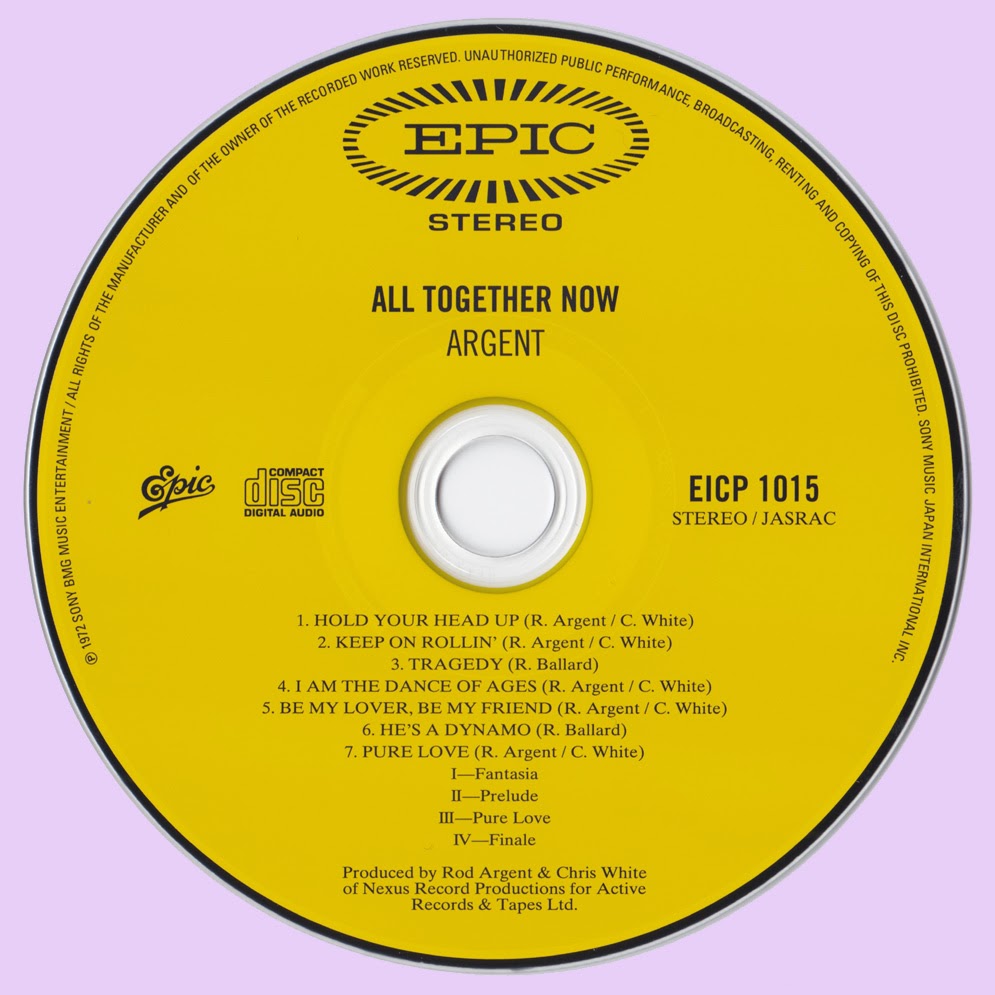 Free Text
Text Host
Posted by Marios at 10:13 AM 3 comments: