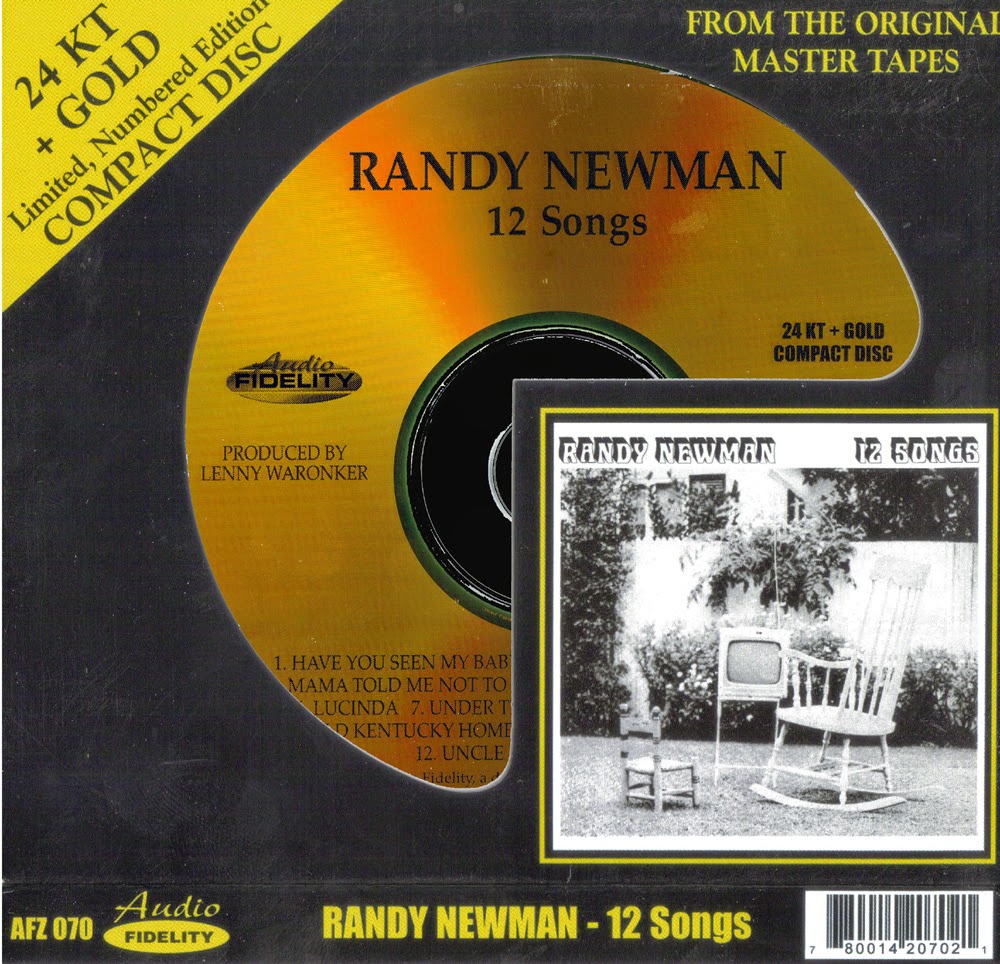 A complete change from his debut, '12 Songs' was a 'back to roots' album of sorts, following the mixed critical reception afforded his debut. Randy had worked with one of his heroes and influences, Fats Domino, in 1969 also contributing the arrangement to Peggy Lee's 'Is That All There Is' hit song. If 'Randy Newman Creates Something New Under The Sun' had featured literally dozens of music players, he chose a core group of musicians to assist him with his sophomore project.

Ry Cooder contributes guitar, Clarence White and Gene Parsons of The Byrds add their talents. Session ace Jim Gordon assists on drums, Lyle Ritz plays bass. I can't help but get the feeling however that Randy simply didn't have an abundance of songs at this time. The material here isn't quite as strong or 'cover friendly' as the debut, although this still remains a strong album and selection of material. 'Have You Seen My Baby' is a nice shuffling horn led country rock thing, and very listenable. 'Let's Burn Down The Cornfield' makes good use of Ry Cooder and his bottleneck, very atmospheric stuff with Randy speaking/singing/whispering through the introduction.

A lazy, laid back and most attractive feel permeates this. 'Mama Told Me Not To Come' is the most covered song of the set, 'Three Dog Night' being possibly the first to have a hit with the song. Tom Jones had a hit with 'Mama Told Me Not To Come' more recently. This is happy, Piano led stuff with Randy in fine voice - absolutely tons of catchy melody and well played guitar parts abound. 'Suzanne' sounds like the kind of song that might have appeared on his debut, only there is no orchestra here. It does sound pretty bare, but the Piano patterns are strangely hypnotic and Randy sings is his characteristic and distinctive way, wrapping himself around the words. 'Lovers Prayer' is a happy, bouncy little thing with great lyrics, 'Lucinda' a little blues thing.

'Underneath The Harlem Moon' is quite gorgeous, I absolutely adore the simple yet beautiful Piano parts, and once more Randy caresses the words, sings with absolute feeling for the song, and this is a highlight of the set. 'Yellow Moon' is another bluesy piece with that voice, and the character of Randy absolutely everywhere in a little story-telling thing. 'Old Kentucky Home' has delightful country guitar picking. Randy goes country, and it's no problem at all.

The man can do all things! Well, maybe not hard rock..... ooooh! I love the chorus of 'Old Kentucky Home' and this has to be Clarence White on guitar on this song. Clarence was a much underrated and now sadly missed, talent. 'Rosemary' has a little swing about it, a strong rhythm section, Piano, a few brass parts. Another happy, life-affirming piece. This is another excellent album, what was I saying earlier? Not as good as the debut? Well, no. For me, those orchestrations and the ballads on the Randy Newman debut, you know, something like 'I Think It's Going To Rain Today' are such special things, and there is nothing quite like that here. Pretty much everything that is here is good, even if a song like 'If You Need Oil' is a little weak by Randy Newman standards, and mere filler, even though it still works in the context of the album.

'Uncle Bob's Midnight Blues' is funny, very humorous. Randy once said in an interview that a song-writer should be able to write any kind of song to order. You can believe that he could do that, listening to this album here. I'm very tempted to give this a '9' but it falls just short. There are plenty of fun songs here, but not enough great, awe-inspiring songs for me, to tip this over the edge. Still damn fine, though.
by Adrian Denning 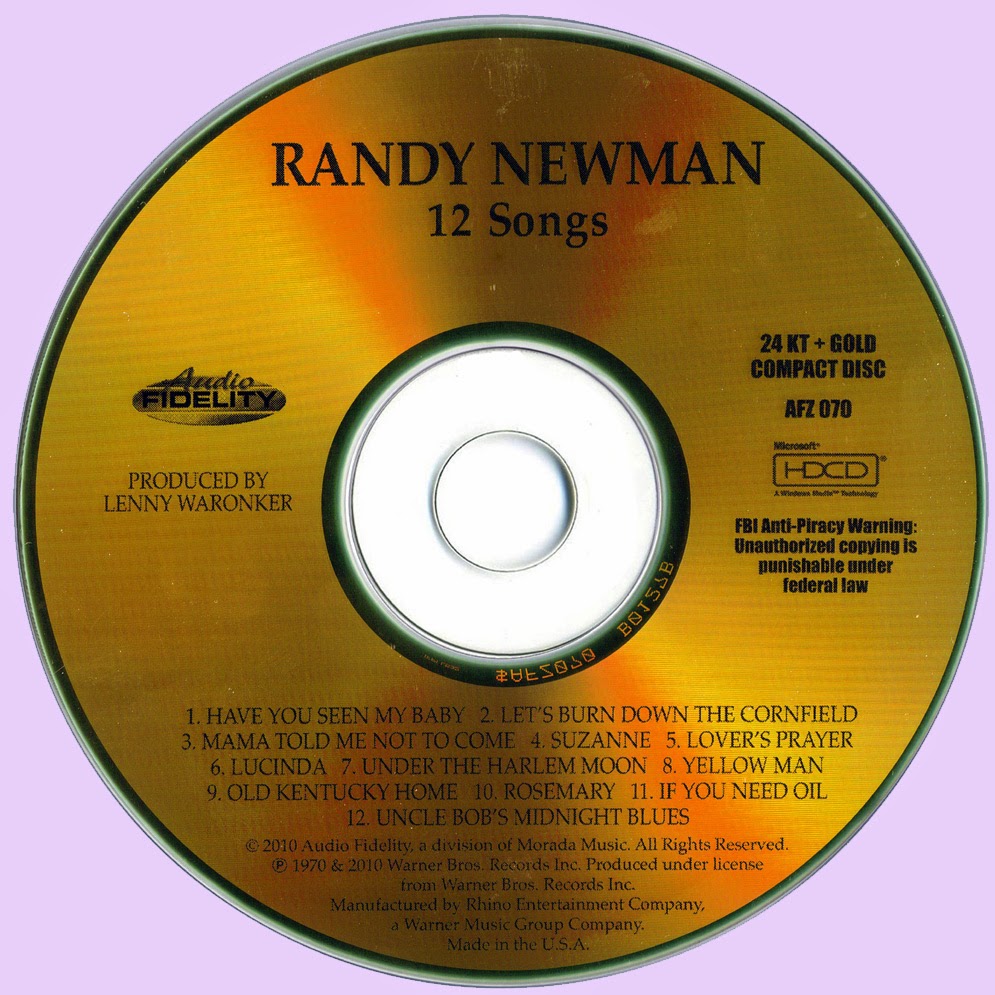