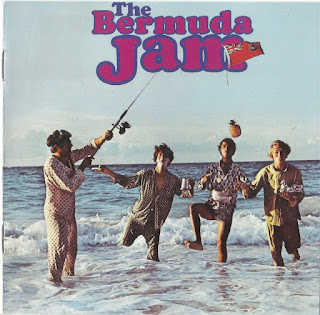 If you go by the liner notes, this late-1960s quartet was a multi-national affair, the four members coming from Australia (James O'Connor), England (Paul Muggleton), Portugal (Glen Mello) and the States (Andy Newmark). In spite of the accents, one got the feeling this was little more than a goofball studio project, probably masterminded by Bob Crewe, whose DynoVoice label released their sole LP.

Produced by Andy Denno, 1969's "The Bermuda Jam" was one weird affair. Complete with sound effects and spoken word snippets, musically the set found the quartet all over the spectrum. "Hold Me" and "Who Put the Sun In Your Eyes (Who Put the Fly In Your Soup)" offered up harmony rich top-40 pop; "Up Down, Turn Around" found the band turning in a decent blue-eyed soul effort, while "Forever Young" had a C'n'W feel. Nothing here was terribly wrong, nor with the exception of the meltdown "Good Trip Lollipop" was there anything particularly right.

Back to "Lollipop" - complete with meltdown keyboards, LSD drenched vocals (the hysterical laughter and nursery rhyme fragments were a sweet touch) and crunching guitar, it was easily the most psych-oriented effort and the standout track, it's too bad the rest of the LP wasn't as memorable. As you'd expect, the set vanished without a trace, followed in short order by the band. (Nice pajamas guys ...) 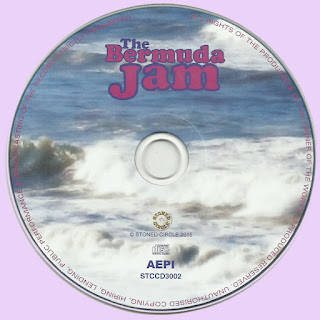 Free Text
Just Paste
Posted by Marios at 5:50 AM 11 comments: