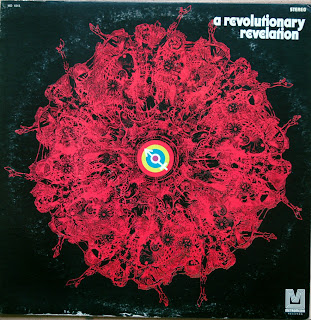 "This album attempts to explain in musical form not only what the youth of today are against but also what they are for. It shows that they are not attacking the ideals of American Democracy as much as wanting them realized. Their beliefs have been woven into a story of related songs.

It is impossible to categorize, as it is similar to nothing else on the music scene. It is simply - today. It is a musical expression against the war, racism, violence, poverty, the destruction of our natural environment, inequality, puritanism and the imbalance of power."
from Rear sleeve-note

With a call-and-response style between the Musical Theatre and an omnipotent voice, the Revolutionary Revelation is a journey which asks questions and provides answers. Protest/leftie/anti-establishment concept album with elements of funk-rock, psychedelia and sunshine pop. Lots of excellent spoken word sections between tracks with weird effects and sounds.

Tracks include ‘Reflections In The Life Of An Assassin’ and ’I’ve Seen God In Many Places'. Very funky with beats all over the place, such as the “we’re gonna turn the Pentagon into a discotheque” section - spoken word/laughter over massive B-Boy drums. Interesting stuff, a real period piece and a completely unique listening experience! 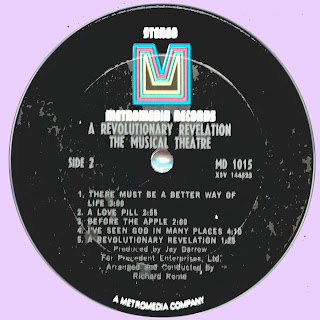