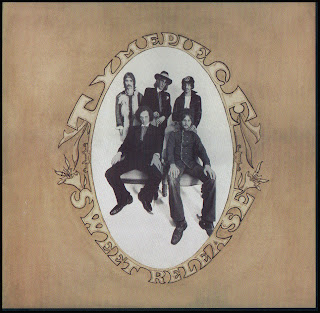 The story of Tymepiece encompasses a musical transition that commenced with mid-60's garage punk and ended seven years later in the realms of full blown progressive rock. Tymepiece's collectable 1971 album 'Sweet Release' is a prime example of where psychedelic pop, folk and country elements combined with a progressive edge to create a unique blend. The album is a fine example of early seventies 'head' music. Tymepiece originated in the Blue Mountains area around Lithgow (NSW), and comprised an incredibly accomplished bunch of musicians.

They began life in 1965 as The Black Diamonds, one of the most ferocious garage/punk outfits Australia ever produced. Witness the bands 'I Want, Need, Love You' on the Ugly Things 60's punk compilation. The Black Diamonds line-up featured Glenn Bland (vocals, harmonica), Allan 'Olly' Oloman (guitar, vocals), Brian 'Felix' Wilkinson (organ, piano), Alan Keogh (bass) and Colin McAuley (Drums). They issued two singles on Festival during 1967 and were equally adept at producing both jubilant pop and tough punk on either side of the one disc. In 1968 Darcy Rosser replaced Keogh on bass, the band changed its name to Tymepiece and made the permanent move to Sydney.

At that point producer Pat Aulton approached the musicians to record under the name of Love Machine. Their version of 'The Lion Sleeps Tonight' was a hit, but the band members soon tired of playing under two different names doing entirely divergent sets. Tymepiece moved on, issuing two flower-pop singles. The third Festival single was a taster for the forthcoming album. Issued on Festival's progressive subsidiary label Infinity, 'Sweet Release' (February 1971) was an ambitious album of contrasting moods and styles, ranging from hard-psych 'Why?', 'Nuts' , folk 'Reflections', 'Home Song' , wild R'n'B 'I Love, You Love' and country flavoured 'Sweet Release' , 'Take Me Back' to the heavy progressive-blues sound of 'Shake Off'.

As the albums centrepiece, 'Shake Off' is an incredible eight minutes of rumbling bass, pounding drums, wildly demented fuzzed-out blues riffing, wailing harp and heavy, pulsating organ soloing. It's all quite left field, but impeccably played nonetheless. After such an astonishing debut album Tymepiece should have progressed to the next level, but inexplicably broke up before the year was out. All that remains are a few choice tracks, an albums worth of listening pleasure and the memory of a great band. 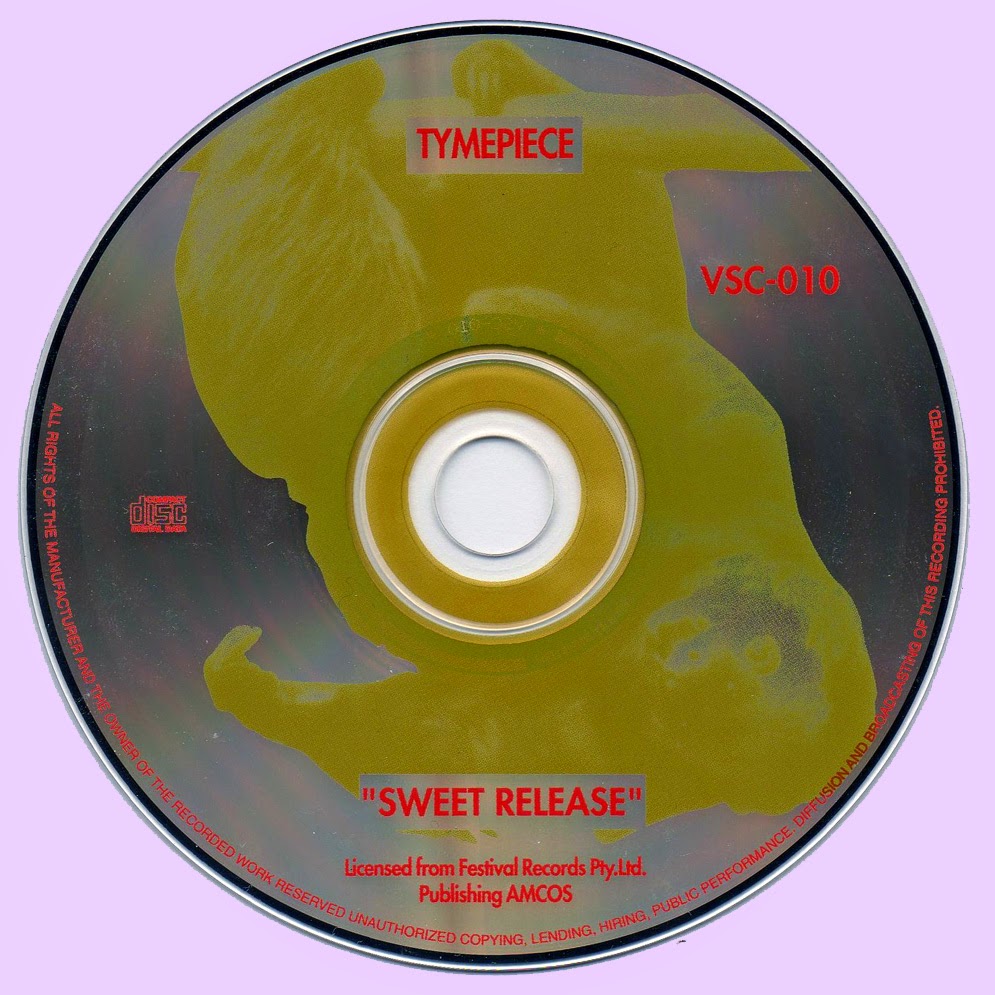