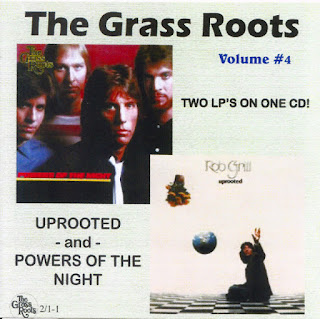 He was the central member of The Grass Roots and he launched a solo career in 1979, assisted on his solo project by several members of Fleetwood Mac. He then returned to leading The Grass Roots into the new millennium.

He was a native of Hollywood, California where he attended Hollywood High School. Soon after graduation, he began working at American Recording Studios with musician friends Cory Wells and John Kay (who later formed Three Dog Night & Steppenwolf).

Rob and The Grass Roots teamed up with mega-hit producer Steve Barri (The Mamas and the Papas, Tommy Roe, Four Tops and Dusty Springfield) and went on to chart twenty nine singles, thirteen of which went gold, followed by two gold albums and two platinum albums. In the new millennium, he released two live albums and one with a symphonic quartet.

In 1982, seven years after the group disbanded, and three years after he recorded his solo album Uprooted, Rob Grill reactivated the Grass Roots with three new musicians and cut this album, which must be tied with its predecessor, The Grass Roots on the Haven label, as the most obscure album in the group's output. That's a genuine pity, as the record has lots of very good moments and is far more polished and successful than Uprooted -- one can only imagine that, beyond any role that the relative weakness of MCA at the time played in its failure (this reviewer scarcely saw or heard a word printed about the album or its release), it died an absolute death in the MTV-dominated environment of 1982-1983, as many worthwhile records did.

The album opens with a title track that's a little bit too much of a by-the-numbers power pop exercise, but from there we move through some nicely soul-flavored pop/rock with lots of hooks, vocal, and instrumental -- the guitars, in particular, are memorable and Grill is in excellent voice almost everywhere, and the selection of material is stronger than most of what is on Uprooted.

Given the large number of session musicians who participated on the Grass Roots' most famous recordings, there seems to be little point in pondering who's doing the backup singing behind Grill or playing some of what we hear; on the other hand, it does seem to be a great showcase for Terry Oubre's guitar work. And the results are consistently appealing, if not groundbreaking -- actually, a lot like the group's best work of the '60s. There were at least three potential singles on this album, which marked just about the last time that the Grass Roots were anything but an oldies act, redoing their vintage hits either on-stage or in the studio. One wishes it were a little better known on that basis, as well as a pretty good place for this band to have stopped making new music.
by Bruce Eder 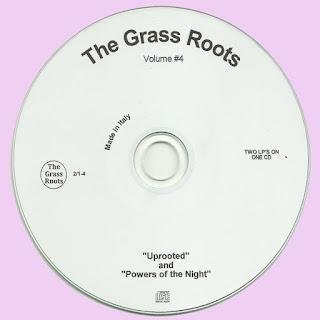 Free Text
Text Host
Posted by Marios at 8:08 AM 9 comments: