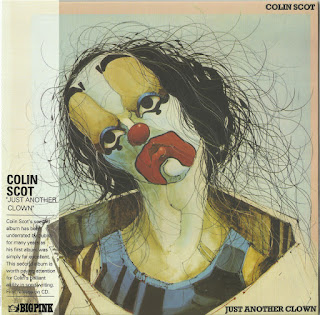 There was a time when the demarcation lines between folk and rock were well drawn though one or two brave souls would occasionally pop their heads above the parapet.

Colin Scot was one of them and his tactic of covering Buddy Holly songs in his live set might have caused frowns from the folkie purists but probably stood him in good stead when it came to supporting rock bands such as Van der Graaf Generator or King Crimson in the bigger venues in the early 70s. The graveyard support slot was always a tough spot, and Scot was better at it than many of his more famous contemporaries.

Scot died in 1999 having only released three albums none of which attracted much in the way of sales or critical acclaim. Though long forgotten now, Scot was well plugged into the rock circuit rather than the folk scene, having the kind of juice that attracted various members of Genesis, Lindisfarne, Van der Graaf Generator, Yes, Rare Bird, and Robert Fripp from King Crimson to populate his 1971 debut.

That he could count on such distinguished company was due in no small measure to producer John Anthony - the behind the desk for albums such as progressive rock classics such as Nursery Cryme and Pawn Hearts.

"Just Another Clown" was recorded and released in 1973, two years after his debut, accompaniment with a much different and not so famous (like in his first recording) cast of musicians. His voice is amazing and remises the incredible set of progressive jazzy folk rock, some psychedelic touches with excellent guitar outbursts, emerge an unbelievable magic, melancholic in a way, like a tearful clown of a circus..

Alcohol dependency and a lack of original material meant Scot quickly became a marginal figure a fact underlined by his decision to quit the UK to make a living in Europe where he resided until his untimely death. Colin Scot does deserve a warm welcome, after all, he was a dreamer. 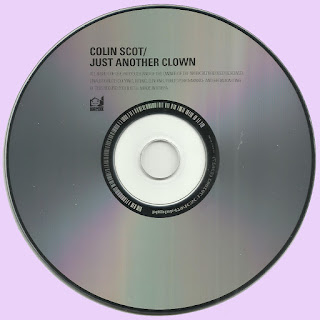 Free Text
the Free Text
Posted by Marios at 8:24 AM 8 comments: