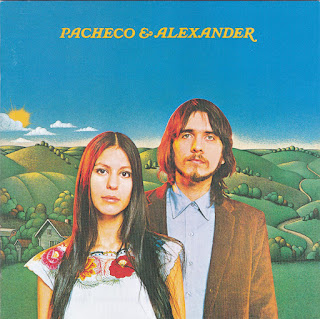 Our story begins sixty miles South East of Boston, in the town of New Bedford, on November 4th 1946, the day Tom Pacheco was born, the eldest of a family of nine children. In the late nineteen thirties his father, Tony, a jazz musician had moved to France to work, but returned to America after World War II broke out. He soon found himself back in Europe, serving as a GI. Prior to the outbreak of war, Tony had worked in Paris with guitarist Django Reinhardt and Stephane Grapellli, the violinist. When Reinhardt toured America in the early nineteen fifties, Tony met him again. In fact, that meeting is one of Tom’s earliest musical memories. It’s not unnatural because of his interests, and chosen trade, that Tony Pacheco, without using coercion, taught all of his children to play at least one musical instrument. Tom is the only sibling to have made a lifelong career of writing and performing songs, although, as we shall see, many of the Pacheco offspring possess considerable artistic talents.
Concurrent with having his first guitar lessons at the age of ten, on classical and flamenco guitars, Tom would visit a nearby neighbour. She was originally from North Carolina, and introduced Tom to country music through the music of Patsy Cline and Hank Williams Snr. In his mid-teen years, through school friends he became acquainted with the music of Phil Ochs, Bob Dylan and Woody Guthrie. At the age of seventeen Tom left home to attend Dean Junior College in Franklin, Massachusetts. He subsequently moved on to Hofstra University on Long Island, New York and Greenwich Village became Tom’s base in the city. Commuting to University, come the evening Tom could be found performing in legendary Village clubs such as The Night Owl Café, The Cafe Wha, The Au Go Go and The Bitter End. A couple of years earlier, and already a confirmed fan of singer/songwriters, Tom had made occasional forays into Boston to see his heroes play at Club 47. At that time the club was managed by Jim Rooney. Performed by none other than Dylan, Tom clearly recalls hearing “Mr. Tambourine Man” for the first time at the Harvard Square venue.
With a catalogue that consists of two singles, Tom led a legendary Greenwich Village band called The Ragamuffins during the mid-sixties. The initial line-up consisted of Tom’s brother Paul on bass, his cousin Larry Vera on drums, plus vocalist Sharon Alexander - who Tom had first met at Dean Junior, and guitarist Kenny Pine. John Hall, who later found fame with Orleans, was a band member for a while. Signed to the Seville label, and distributed by London Records, the first single was titled "Four Days of Rain" and the second "Parade of Uncertainty." In 1969 Tom recorded a self-titled album with his next band, Euphoria. The line-up consisted of, Roger and Wendy Beckett plus Tom and Sharon. Stylistically intended to be an acoustic folk recording, the label subsequently deleted most of the instrumental contributions by the band members and added strings. Pacheco was utterly disappointed at the end result.
When Euphoria dissolved, Sharon and Tom worked as a duo for a time, mostly around Greenwich Village. While performing at The Gaslight they were approached by an A&R man from CBS who arranged for them to audition for, the then label head, Clive Davis. A few weeks later, the pair walked out of New York’s CBS building with a record deal. Pacheco & Alexander 1971, a twelve-track collection of songs penned by Tom, was produced by John Hall. By this stage, Hall had already recorded his first solo album, which had included three of Tom’s songs. Tom and Sharon’s album was not a commercial success and the pair drifted apart.
by Arthur Wood 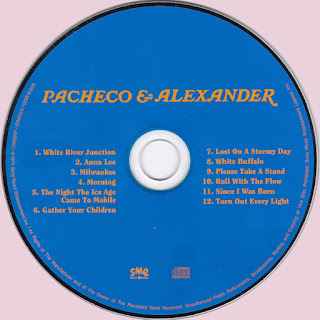 Free Text
Just Paste
Posted by Marios at 3:48 AM 5 comments: