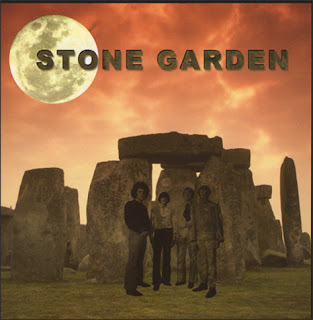 The Stone Garden's journey began in Lewiston, Idaho in the early 1960's when my brothers and I developed a strong interest in playing music. This interest was fueled in great part to our parent's existing talent for playing organ and piano. Little did they realize the Pandora's Box that was to open shortly after starting our music lessons in grade school. Gary and I took up guitar and Neal, drums and piano.

Dad built us dreadful sounding amplifiers from old stereo gear, but they were large and after all, we were little kids and not exactly child prodigies. Christened "The Three Dimensions," we began our years of vibrating the house and irritating the neighbors with our band practices. Our first paid gig was a major event in my life and set its course from that day forward. A neighbor kid who knew we had a band convinced the local Am radio station, KRLC, to hire us to play at a "Swim and Dance Party" at the city pool. It was a huge success and besides looking cool in front of our friends and all the girls, we came home with $65.00; serious money for kids that were not quite teenagers.

Dan Merrell, a classmate from junior high school, joined the band as our full time bass player. Now a quartet, a new name was necessary. Complete with English style ruffled shirts, we became the "Knights of Sound. " Our first studio recording, "The World is Coming to an End," was made in 1965 in Doug Smith's basement facility in Clarkston, Washington. We were starting to play regularly around Lewiston and attracted the interest of Don Tunnell, a former bass player and now aspiring manager.

Since no one else was offering to make us stars, we thought that was a great opportunity to climb another rung on the ladder of success. Besides that, he lived only a block away and was old enough to buy beer. Don gets the credit for renaming us "Stone Garden" in 1967 when flower power made its impact on the world. He got the idea from a psychedelic poster of the same name and to make sure we weren't infringing on anyone, I secured permission from the publisher for us to use the name. Our hair started getting longer and the ruffled shirts were traded in for Nehru jackets. Yeah, we were hip now.

Besides always doing a few tunes of our own creation, our repertoire consisted of music from the greats of the time: Doors, Hendrix. Cream, Beatles, Creedence. We became a well-known group in the Pacific Northwest and often traveled to play teen dances in Seattle, Portland, Northern California, British Columbia, and Montana. John Purviance, a talented multi-instrumentalist, joined us in 1969 and brought new colors to our sound for the next year. By this time, Doug Smith had a new basement studio with lots more cool gear and convinced us to record a 45. He recorded the two songs, had 300 singles pressed, and only charged us $300.00! It actually received a fair amount of air play and did a lot for the band's notoriety.

Chris Adams, a disc jockey at KRLC, was a big supporter of the band and felt we could make improvements to the music by re-recording "Oceans," so we booked time at Ripcord Studios in Vancouver, Washington, a professional 8-track facility. We didn't end up releasing the material recorded there but it was an important experience for us and I am glad to see the music from those sessions included on this compact disc. In the fall of 1969, Gary left Lewiston and the band to attend college. Russ Pratt was the organ player and lead singer/songwriter of a group from a small town near Lewiston and we persuaded him to replace Gary.

That incarnation lasted only a little more than a year but Russ's vocals and organ textures took the band in an inspiring creative direction. Russ, Dan, and I graduated from high school in 1970 and with that event, major changes occurred. Russ and Dan left the group so Neal and I recruited Charles Weisgerber from another local band to play bass and Rand Harrison, a student at the University of Idaho, to sing lead and play keyboards.

The chemistry with Rand never jelled and Gary rejoined the band in 1971. Feeling that we were limited by remaining in Lewiston, we moved to Seattle and brought into fold fellow Lewistonian David Lee on electric piano and vocals. Charles returned home after awhile and was replaced by John Helton of Moscow, Idaho to complete the lineup of the last incarnation. The group broke up in early 1972 and in those last days we were known as the Speer Brothers Band, but it really was the continuing legacy of the Stone Garden.

Everyone continued in music in either a full or part time capacity. I have been fortunate to have a career as a recording artist, record producer, and studio owner. Regrettably, Dan was killed by a hit and run driver in 1972 and Gary died in 1994. This compact disc is dedicated to their memories.
by Paul Speer 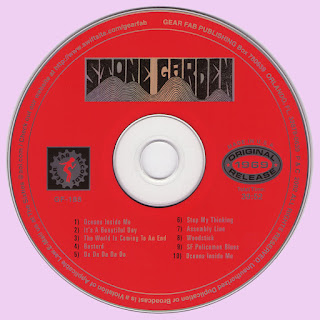