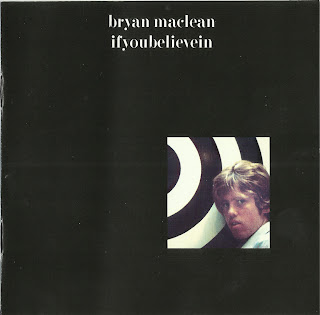 Bryan MacLean guitarist, singer and songwriter of the cult 60's Californian band Love, died of a heart attack on Christmas day 1998 in the city of Los Angeles where he was born.

Love were responsible for producing the album 'Forever Changes' in 1967 which has long held the reputation with music critics for being one of the finest albums ever made and although Arthur Lee did most of the song writing for the band, it is Bryan's song 'Alone Again Or' from that classic album that Love are generally remembered for.

Born in Beverley Hills, California in 1946, Bryan's father was an architect to the Hollywood stars and his mother an artist and a dancer. Neighbour Fritz Loew of the composers Lener and Loew recognised him as a melodic genius at the age of three as he doodled on the piano. Bryan's gift for music was duly noted and he was given piano lessons and taught classical arrangement theory. Bryan's early influences were more Billie Holliday and George Gershwin rather than Robert Johnson, although he confessed a strong obsession for Elvis Presley. During his childhood he wore out show music records from 'Guys and Dolls', 'Oklahoma', 'South Pacific' and 'West Side Story'.

His first girlfriend was Liza Minelli and they would sit at the piano together and sing songs like 'The Wizard of Oz'. He learned to swim in Elizabeth Taylor's pool and his father's best friend was Robert Stack from T.V's 'Untouchables'. At 17 Bryan encountered the Beatles, "Before the Beatles I had been into folk music. I had been showing my art work at a panel shop (I wanted to be an artist in the bohemian tradition) - where we would sit around with banjos and do folk music, but when I saw 'A Hard Days Night' everything changed. I let my hair grow out and I got kicked out of three high schools."

Bryan started playing guitar in 1963/64. He got a job at the Balladeer before it changed its name to the Troubadour Club, playing back-up blues guitar. It was here he met the pre Byrds Jet Set while dating Jackie De Shannon and he became 'fast friends' with David Crosby. He moved away from home and by early 1965 he became road manager for the Byrds on their first Californian tour with the Rolling Stones. He managed one more cross-country tour with the group after they hit big with 'Mr Tambourine Man' but the exhausting 30 one nighters broke him physically and when the Byrds left for their first U.K. tour in the summer of 1965 they left Bryan behind.

After an unsuccessful audition for a part in the Monkees Bryan got into a car on Sunset Strip which Arthur Lee was driving. Arthur had a band called the Grass Roots doing a residency at the Brave New World Club and being street wise knew Bryan's 'connections' with the Byrds. He knew all of the scene that followed the Byrds would follow Bryan if he invited him to see the band play at the club as the Byrds were out of town and sure enough after a couple of weeks the crowds were lined up and down the street for blocks. Bryan desperately wanted to join the band and he said, "I'd give my right arm to be in your group." To which Arthur responded "No - you're going to need it!" The Grass Roots became Love when another group registered a hit with the name.
Bryan MacLean-official

"The music that is presented in this collection was written, decades ago, when I was in the band LOVE, and was written with that band in mind, and had been intended to be performed by, and associated with the band, LOVE... So what did happen? ... why weren't they? well...

Arthur was the leader, and he made the final decisions, and we did, primarily his songs. Oh, I didn't mind really, Arthur was my (best) friend, and I was having a ball.

I firmly believe if things had been the other way around, by now, you probably would've already heard a great deal, if not all, of what is assembled here. For one thing, I would have stuck around the band alot longer, not feeling the frustration of having such a backlog of unpublished, and unperformed material, and the natural unfulfilled desire for recognition, or even vindication. But things weren't, and I didn't, and after all, it's not what happens, so much, it's how you end up."
Bryan MacLean 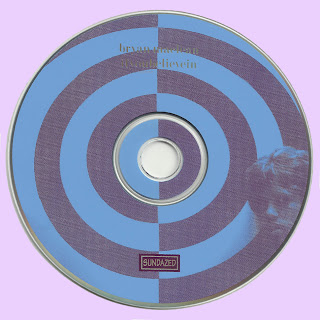