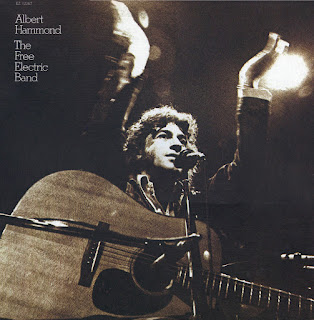 Albert Hammond was born on May 18, 1944, in London and grew up in Gibraltar to Gibraltarian parents. In 1960, Albert left school, formed a band and began sending out recordings of his very first compositions to labels in England, where they were released by Parlophone Records. Soon thereafter, Albert met Mike Hazlewood and almost immediately, they teamed up as collaborators and began gaining recognition as a songwriting team: “Little Arrows” (Leapy Lee in 1968 - top 10 country and pop charts), “Make Me An Island” (a number one hit in 14 countries), “Gimme Dat Ding” (The Pipkins in 1970 - pop and R&B charts), “Freedom Come, Freedom Go” (The Fortunes in 1971), “Good Morning Freedom” (Blue Mink, 1970). “Gimme Dat Ding” was written for a children's television program called "Oliver In The Overworld" which starred Freddie and the Dreamers.

Having become one of Britain's most successful songwriting teams, Albert and Mike decided to move to southern California. Albert played his songs to every record company possible, until Hal Landers and Bobby Roberts gave him the first artist’s contract ever for their newly-built Mums label, a division of CBS’s Epic label. After auditioning for CBS president Clive Davis, and over 30 other people, Albert was asked to record some songs. Albert went into the studio to record what would become the It Never Rains In Southern California album. The title song went to number five in the U.S. and became a worldwide success. This offered Albert the opportunity to tour, which led him to almost all continents. Albert went on to record seven albums for the CBS label.

The Free Electric Band is his second album and the follow up of his most succesful  "It Never Rains in Southern California". Released in 1973, it's more personal, an amalgam of classic rock pop with country folk tunes, and clever compositions, co written once more with Mike Hazlewood. 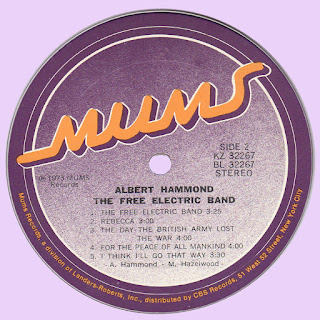