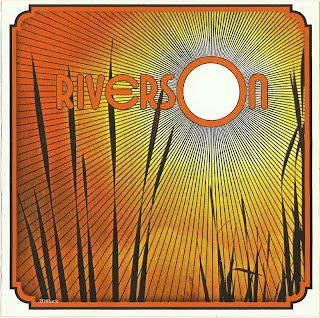 Riverson were a short-lived folk, psych band from Montreal, Quebec. They fortunately left us with one hell of an album and three 45's in very limited quantities and all are highly sought after. The album cracks my top 100 Canadian albums of all time. Due to the high quality, amazing lineup of talent, and rarity, the value of this record has been steadily increasing over the past 20 years - now a NM copy will set you back about $400-$500 if you can find one. A sealed copy sold for $320 back in '03. That copy has likely doubled in value.

The band members were Frankie Hart (Freedom North, Life) on piano, acoustic guitar, recorder, lead vocals on "Can't Live Without You"; Rayburn Blake (Mashmakhan) on Acoustic guitar, electric guitar, banjo, lead vocals on "Clear Night"; Brian Edwards (Mashmakhan) on bass, lead vocals on "Stoney Day" and "Between the Lines"; and Graham Lear (Santana, Paris Black, Truck, Paul Anka, REO Speedwagon) on drums. Raymond Blake was with the Quebec band Le Triangle and released a rare 45 picture sleeve in the mid 1960's entitled "2 Miroirs b/w Les Montagnes Russes" on Gamma AA-1042. Both Rayburne Blake and Brian Edwards played and released "Transition" on Polydor 2424 071 with Cliff Edwards (member of the Five Bells) in the same year as the Riverson album, 1973. Rayburn Blake then went on to record with the Lisa Hartt Band, releasing "Starwatcher" on Rising RRLP 104 in 1976.

The Riverson album was produced by John Williams. It was recorded at Manta Studios in Toronto, Ontario. The engineer was Lee de Carlo. Produced by Riverson and Lee de Carlo. Management was Terry Flood. The album design was by Bob Lemm Promotional Agency Inc. The cover was by Freeman Patterson / Inside - Junior Brunet.

Enjoy this critical piece of our Canadian musical history.
by Robert Williston 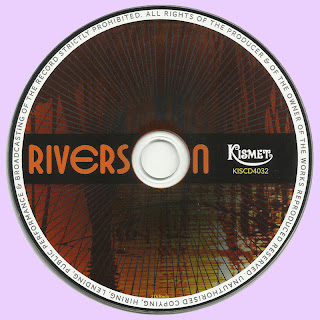