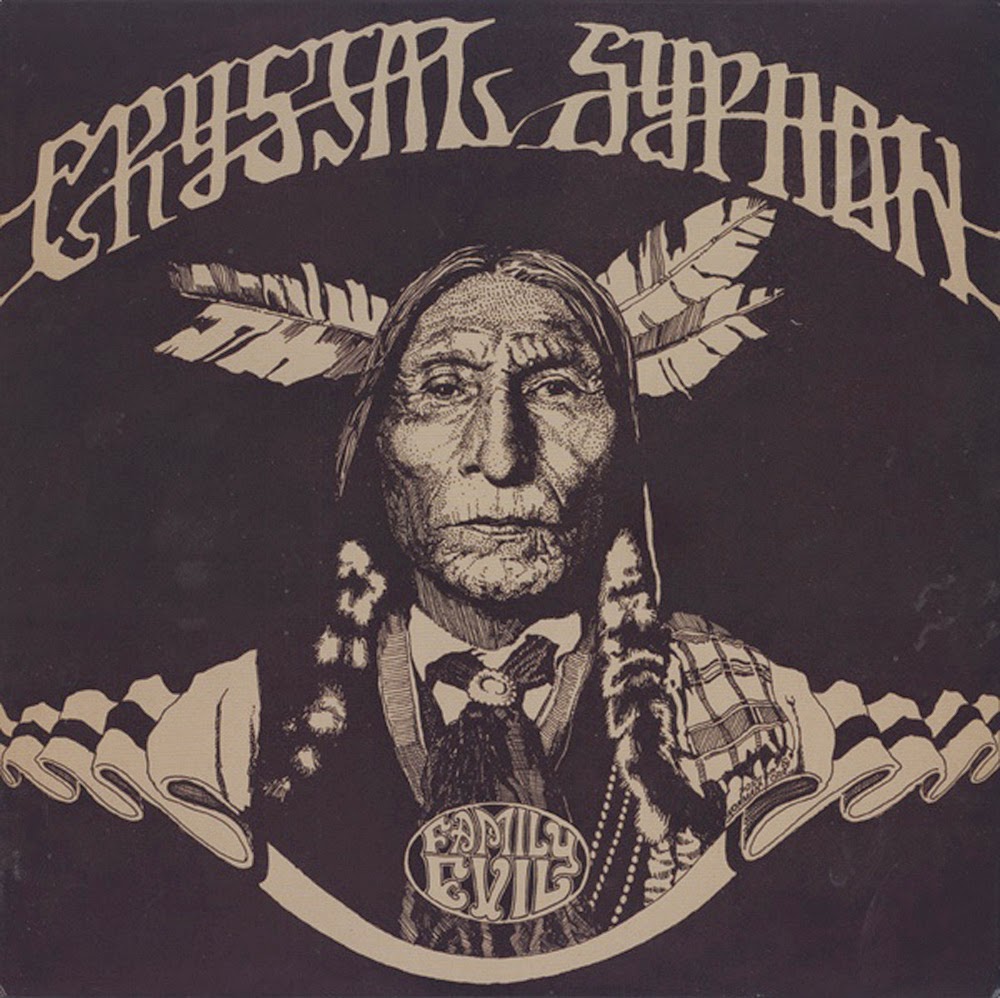 America’s great lost acid rock band.  Who knew California band Crystal Syphon had an album’s worth of material sitting in the can waiting to be heard by 60s psych rock fans?  This has to be not only one of the best reissues of 2012 but also one of the best archival classic rock discoveries of the year.

Crystal Syphon’s origins can be traced back to the Morlochs, a garage band who formed in 1965 and hailed from the San Joaquin Valley area.  As the years went by (and after several personnel changes) the Morlochs changed their name to Crystal Syphon.  Crystal Syphon played the S.F. live circuit with some of the era’s biggest names while the major labels expressed serious interest in this promising, up-and-coming group.  As the 60’s passed into the 70’s, no album or single appeared and the group members moved on to other projects, effectively putting an end to Crystal Syphon. Roaratorio did a superb job in assembling this excellent LP (vinyl only release), which was cobbled together from studio sessions, demos and live shows.  It’s arguably a fuller picture then any studio LP could give the listener, as all sides of the band are on full display, whether it be in the studio or on the live stage.

Does the music live up to the hype? You bet. The earliest tracks have a rawer sound than the later material, which is clearly influenced by big time S.F. bands Quicksilver Messenger Service, The Grateful Dead and Jefferson Airplane.  “In My Mind,” recorded in 1968, sounds like a lost outtake from the first Quicksilver album.  The deep vocals and vibrating guitar tones strongly recall the mighty Quicksilver Messenger Service.  No matter, it’s an excellent track that could have easily made any psych compilation you care to name.  “Marcy, Your Eyes” and “Paradise” two of the earliest cuts from 1967, have thick garage fuzz, naive teen vocals, and cascading acid guitar work – outstanding.  The last 15 seconds of “Paradise” are especially great.

The guitarist starts playing eastern scales and just when you think they are about to explode into the most intense raga solo you’ve ever heard the song ends – what a clever trick!  Other highlights are the menacing acid rock of “Fuzzy and Jose,” “Family Evil” and “Winter Is Cold.”  These cuts are longer, slow paced and closer in sound to Jefferson Airplane and Quicksilver Messenger Service – lots of acid guitar work, creative arrangements and spacey vocals.  “Try Something Different” is another earlier cut with a lilting folk-rock sound that recalls Buffalo Springfield in it’s guitar figures.

Every cut on Family Evil is worthwhile.  There’s nearly 50 minutes of great psych rock here – so not only a significant discovery but an absolute must own for any 60s rock fan.
by Jason Nardelli 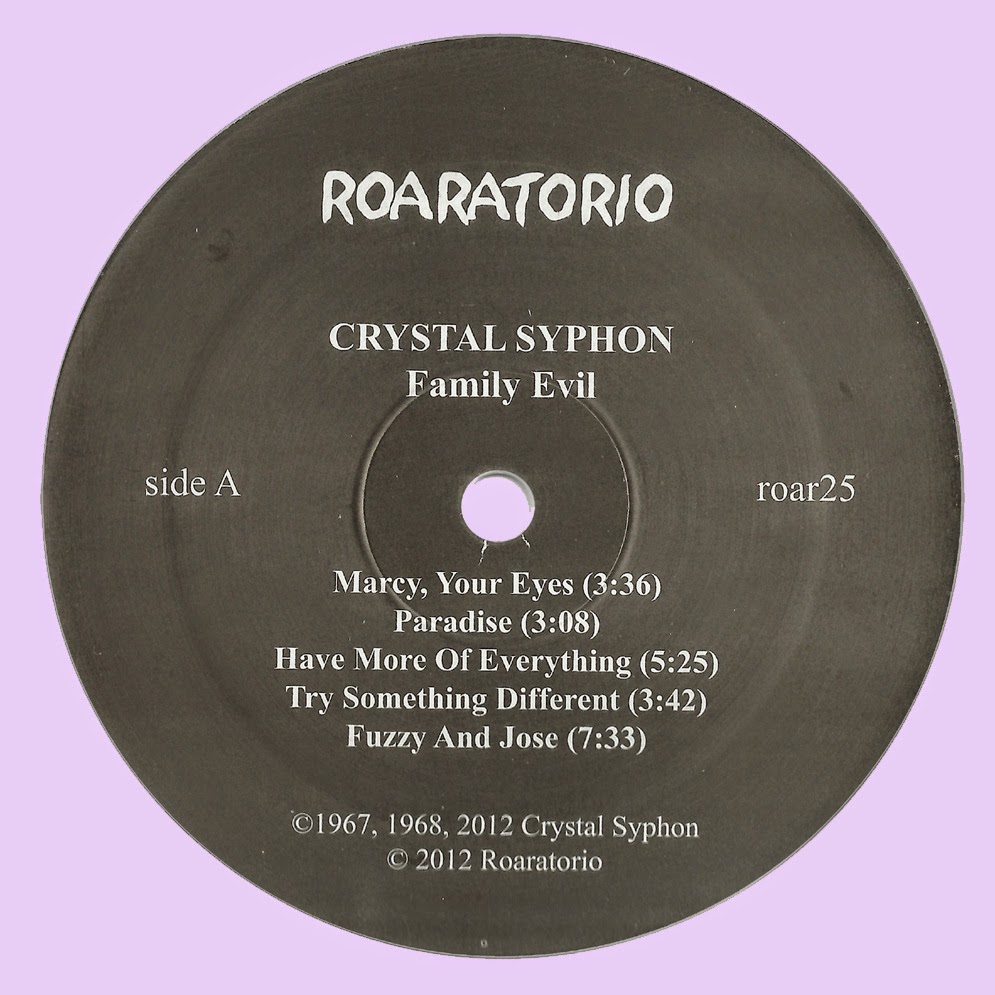 Free Text
Text Host
Posted by Marios at 6:22 AM 13 comments: