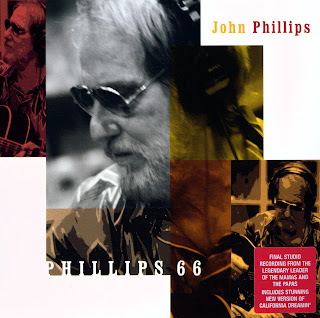 "Phillips 66" is the third and final solo album from John Phillips and the last recordings of his entire musical career. John passed away just days after completing the sessions for this album. After The Mamas And The Papas split up at the end of the Sixties, John recorded his first solo album, "The Wolfking Of LA".

Produced by Lou Adler, the original producer of The Mamas And The Papas, this album featured a stellar studio line-up, including drummer Hal Blaine, Elvis Presley and Rick Nelson guitarist James Burton, bassist Joe Osborn, pianist Larry Knechtel, Buddy Emmons and Red Rhodes on pedal steel, Dartene Love singing back up and fiddle player Gordon Terry. Although begun in the 70's, John's second solo album, "Pay Pack & Follow", was not released until just after his passing. ("Pay Pack & Follow"is also available on Eagle Records) John, as a solo artist was the first artist signed to the newly-formed Rolling Stones Records in 1976 and the album was co-produced by Mick Jagger and Keith Richards, with musical contributions by Mick and Keith, Mick Taylor, Ronnie Wood and Michelle and Mackenzie Phillips.

"Phillips 66" completes the album trilogy, named thusly by John because he would have been turning 66 years old around the time planned for release of this album. It consists of many songs John never got around to recording until now. While some of them are famous through their connections with different artists, others are more recent and yet as important. In total they form a valuable addition to the formidable body of work of one of America's most influential and unsung singer/songwriters. 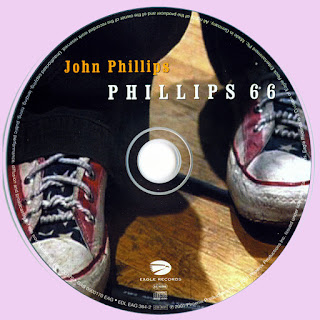