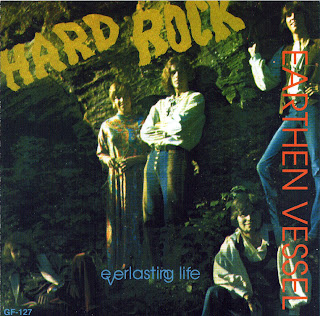 Earthen Vessel was, for a period of about 18 months during 1971-71, one of the major "Jesus Rock" bands in the Midwest. The group was put together in the fall of 10790 in Lansing, Michigan, by Leon Morton, who had been a gospel quartet tenor, and his partner Walter Ballard. Together, they formed Balton Enterprises, Inc., which managed Earthen Vessel and its warm-up act, The Folk Singer Lillie Crozier.

The original name of the band was "The Rare Ones", but it was soon changed to Earthen Vessel, a biblical reference. The band traveled in a gutted-out tour bus, with a bedroom in the back for Sharon, the lead singer, four bunks in the middle for the guys, and a sitting room at the front. Amplifiers were provided by West Laboratories, which also sponsored Grand Funk Railroad at the time, because bassist John Sprunger worked for West.

Balton Enterprises also operated a Christian coffee house called the Catacombs in Lansing, where Earthen Vessel played whenever in town. In late 1970, I returned to Michigan State University (as a sophomore) from California, where I had been working for Campus Crusade for Christ at its San Bernadino headquarters. I was a folk singer, having been in a trio sponsored by Youth for Christ during high school.

The so-called Jesus Movement, a sort of counter-culture meets church youth group, was in full swing in California in 1970 and I saw and heard numerous Christian folk and rock groups. On my return to Michigan, I performed solo for a youth group in a Nazarene church, where Leon Morton was working. He took me out the next day for coffee, and said he was looking for a lead guitarist- he already had a superb drummer, Eddie Johnson, who spent some time at Juliard; John, the bassist, who had done some trumpet on a Buckingham's album and had played bass for Commonwealth in Northern Illinois; and Sharon Keel and Ken Fitch (who later played organ), vocalists from a Nazarene college in Illinois.

We started practicing together that fall (1970), writing our own music, and playing in the Catacombs. Our goal was to be both an evangelistic ministry and the hardest, loudest, acid-rock band that was not actually using acid. We were clean, and we often did high school anti-drug rallies during school hours in towns where we would be playing that night. By the next summer, we were playing outdoor rock festivals in the Midwest and also in Christian music festivals We went to Sweden for a nine days tour, but on the first night in a park in Stockholm, we were banned for being too loud and I ended up finishing the tour as a folk singer.

By the summer of 1971, we had enough material to do an album, and Leon arranged with Dave Mathes at NRS Records in Nashville to produce it, using Monument Studios If the album would have been more successful, we probably would have stayed together, but our impatience made us think about doing other things, going back to school, and so forth. Being on the road was grueling, and I now understand why professional musicians can feel as though life is passing them by- play at night, go out to eat afterwards, fall asleep on the bus, wake up somewhere else the next afternoon, eat, set up equipment, play at night, etc. By the summer of 1972, most of us left.

A new band was formed with the same name and Sharon Keel out front, but it didn't last long. Even while our music was distinctly Christian, it was also distinctly psychedelic, and we were very offensive in the eyes of many church leaders, who thought we must be doing drugs and sleeping with groupies. We were happy to be offensive, and we were proud to provide a counter-cultural image of religious life. Nowadays, there's an entire industry of Christian rock music but in 1971, we never saw another Jesus Rock band that was louder, dressed more outrageously, or jumped around on stage more than Earthen Vessel. After the break up of the band, I went on to join the Air Force, studied in Amsterdam, and went on to Law School.

I worked at several Law Firms in San Diego and Austin, finally settling in today as a full professor of law at an Eastern University. As far as the other band members go, I only know that John Sprunger joined a Swiss Ministry that provided helicopter services to missionaires in Africa, later moving to West Cameroon. Oddly enough, I know nothing about what ever happened to Sharon, Ken, and Eddie.
by Dave Caudill 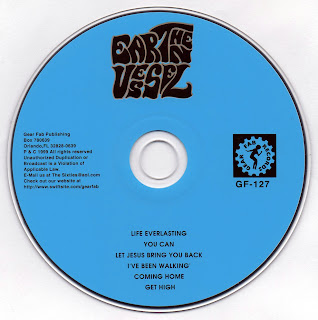