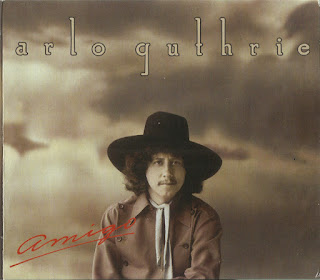 For his next album, Amigo, however, he stuck with L.A. session musicians. The disc contained more originals than usual, among them "Victor Jara," an account of the death of the Chilean singer/songwriter who was slaughtered in his country's CIA-backed military coup in 1973 that was later covered by Christy Moore, and "Patriot's Dream," which later served as a title song for an album by Jennifer Warnes. When Amigo was released in September 1976, it garnered strong reviews from rock critics because it rocked more than Guthrie's albums usually did, notably on a cover of the relatively unknown Rolling Stones song "Connection." But the positive notices did not help sales. That fall, Guthrie joined Bob Dylan's Rolling Thunder Revue for some shows, leading to an appearance in Dylan's film Renaldo and Clara, shot during the tour.

Another of the originals on Amigo was a song called "Darkest Hour," a poetic and personal statement by Guthrie, who was questioning his spiritual ideas at this time. In 1977, he formally converted to Roman Catholicism. - He later explored Hinduism and Buddhism, adopting a more ecumenical view of religion.
by William Ruhlmann 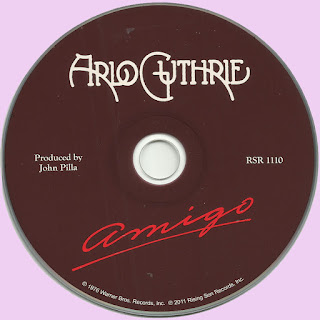 Free Text
the Free Text
Posted by Marios at 6:41 AM 9 comments: