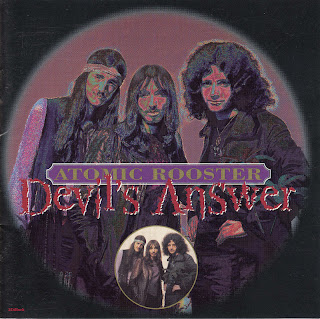 It was during the American Tour of "Crazy World of Arthur Brown" that Vincent's latent psychiatric problems first manifested themselves, in the form of manic escapades .  followed by long periods of depression in hospital. However, by 1969 he had recovered enough confidence to form Atomic Rooster, initially with drummer Carl Palmer.

Over the next fourteen years there were seven albums, two Top Ten Hits, American and European Tours, and a succession of drummers, guitarists and vocalists. But the themes of dread, paranoia and satanic angst recurred throughout like Vincent's own relentless left. hand bass. lines in songs like "Death Walks Behind You", "Time Take My Life", "Dance of Death" or Devil's Answer".

The ominous freneticism of Atomic Rooster virtually defined the epithet heavy.... Meanwhile the breakdowns continued, bedevilling his working relationships, his first marriage, (which ended in 1976) and his attempt to form his own record company.Yet so many of his colleagues who shared the pressures of the studio, the road or the gig, recall his charm, his quickfire wit, his zest, the good fellowship, the cheerfulness that so often sustained others. They also emphasise his versality outside the Atomic Rooster format.

There was another excellent album with Arthur Brown and a fine blues collaboration with Peter Green. Since the sixties he had worked with writer Paul Green; their jazz/poetry duo reappeared at arts festivals during the eighties, and Vincent directed music for two of Green's radio plays. He aslo worked in The Red Buddha Theatre, the Rocky Horror Show, numerous cabaret and club bands, making many new friends. His last major professional engagement was between 1984-86 as a member of Dexy's Midnight Runners. He toured with them in Europe and made an important contribution to their last album "Don't Stand Me Down.

The turbulence of his life caused great pain, both for the man himself and those closest to him, especially Jean, his second wife; and Tom and Renee, his parents. They gave him all they had. And he gave all he could. We do not know how his talents might have developed without the spectre of mental illness. We can only be certain that he is greatly missed.
by Paul A. Green, February 1989 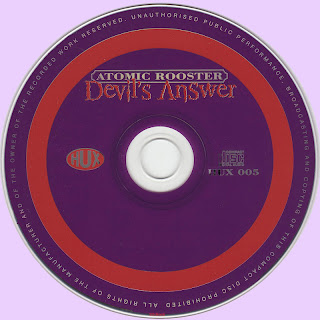