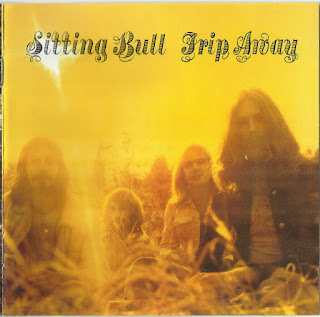 The beginning of Sitting Bull is closely linked to the musical history of bandleader Bernd Zamulo. Bernd Zamulo grew up near Bremen where he played with a few local bands. At a Lords concert in 1965 he met the band and they clicked from the start and at another gig Bernd was invited to play bass with them. It was a perfect performance and he sung the classic "Boom Boom". Later on that year the Lords bassist, Lord Knut, had a bad accident and was unable to continue playing so they asked Bernd to take his place for the rest of the tour. In the autumn of 1965 Bernd left his band Rhythm Brothers, and joined the Lords. With his other talents as a pianist, guitarist and singer he was quite a find for the Lords.

The following years saw the Lords produce many hit singles arid albums making a lot of money in the process. Bernd was getting restless though and wanted to leave the mainstream and take a change towards more progressive music. He was in a quandary though as he was good friends with the other band members but could not realize his musical ambitions with them.

In the beginning of 1971 he made his decision and left the Lords which in turn led to the break-up of the band who in fact reformed years later. The break-up of the Lords created a furor in press but could not hold Bernd back from his decision and he went looking for new musicians, which didn't take long. Bernd's interest in American Indians led to the group being called Sitting Bull. His past career with the Lords put him in good stead with the music industry making it easier to find a record deal.

To avoid record company influence the band decided to produce their record themselves but this was a costly matter and the money had to come from somewhere. Although Bernd made a lot of money with the Lords he also lived well and his lifestyle had to change, lie moved away from the costly Dusseldorf and moved to a hunting cottage in Oldendorf outside Bremen and sold off some of his luxurious possessions that he accumulated with the Lords.

With a record company advance from CBS Sitting Bull moved into Hamburg's Windrose studio to record their debut LR The band were able to use the excellent facilities and were able to emulate their contemporizes from Britain and America and record whenever they felt like it. They were able to do exactly what they wanted in this top studio and were not bothered about making their music commercial, the love of music was enough. As the sessions were lengthy and costly the band had to move out of their hotel and into an empty house.

When the LP finally arrived CBS took two songs for a single and arranged a promotion tour which proved impossible to finish because the band's lifestyle was so chaotic they were not even able to turn up for some of the dates! The record company was not too pleased about this and the band broke up after being together for nearly two years. With a changed line-up they recorded two singles for Philips. Two titles we have chosen as bonus tracks.

Bernd Zamulo decided to take a break and in 1975 joined up with his former colleagues from the newly reformed Lords where he has stayed until today. Compared with other German bands the Sitting Bull album was a success and entered the LP charts accumulating positive press critique on the way. The autonomy of the music was praised especially the long improvised epic Krautrock songs.

The title song of the album. "Trip Away'' was over ten minutes long and showed the clear structural and musical abilities of the band. Untypical for German bands of the time Sitting Bull were influenced by West Coast music which when given the German treatment was a special experience.
by Manfred Steinheuer
Many thanks to B. Zamulo for his kind help.Translation: Trevor Wilson 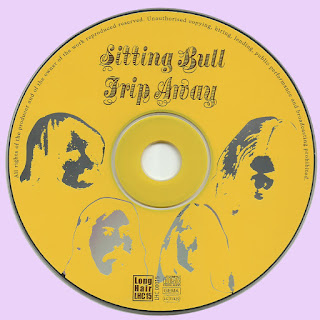