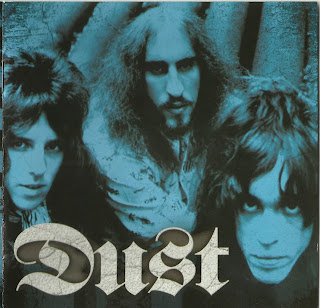 Bassist Kenny Aaronson was one of the finest in the entire world of rock. He went on to perform with the likes of Hall and Gates, Bob Dylan, Billy Idol, Rick Derringer and Joan Jett. Aaronson wrote the driving instrumental, "Loose Goose" and co-wrote "Learning To Die" with mes His bass weighed about as much as he did, but when it came time to plug in, he stood head and shoulders above all other performers.

Guitarist Richie Wise was my co-producer and songwriting partner. To be honest, he was quite mad. There was just no telling what he would do. Kiss bassist Gene Simmons remembers Richie for always contorting his face when he played and so, Simmons borrowed some facial expressions from the Master. When Richie was on his game, audiences would do well to stand back from the stages Often, he would launch his guitar like a rocket through his Marshall speaker cabinets just for the fuck of it. He
was wild and intense. And unpredictable.

When I first met him, he was Mare Bell and I couldn't believe that anyone could beat a drum so damn hard or fast. It was as if he were fighting for his life. There was no limit to how fast and how hard Bell could play. I always loved watching him solo because I never knew what he would come up with nexts He was explosive. Marc Bell was a group all by himself! Y'all know him as Marky Ramone nowbut to me, he's that same kid from Brooklyn-only he's been inducted into the Rock and Roll Hall of Fame!

The band went on to headline in all of the major rock cities like St. Louis, Cleveland, Detroit and even opened for the legendary Alice Cooper and King Crimson. Their album blew every other rock album out of the water! Their second LP, Hard Attack with Frank Frazetta's Snow Giants for a cover, charted on Cash Box and Billboard. But the band was not on a rock label so they never became the Supergroup they were destined to become.

As for myself, I'm really the lucky one. I got to manage Dust, co-write and co-produce their records, discover Kiss, co-produce about a dozen gold and platinum CDs and still be active in the music business 45 years later. Looking back over my incredible career, I can say with all honesty, that Kenny Aaronson, Marc Bell and Richie Wise were three of the most talented and original rock musicians I ever worked with. And now you get to hear what they were all about.

Fast. Furious. Driving. Pulsating. Like "Love Me Hard" or "Suicide" or "Stone Woman." Wild. Intense. Hammering. Violent. Like "From A Dry Camel" or "Loose Goose." That's what Dust was/is all about. So fasten your seatbelts and play this fuckin' thing loud. Or don't play it at all!
by Kenny Kerner 2013 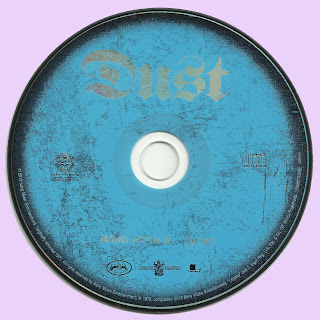