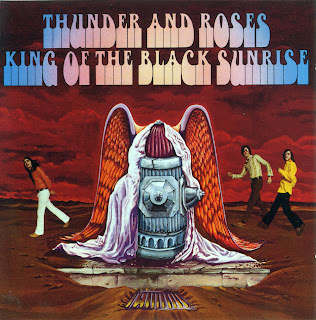 Thunder and Roses was an early power trio from Philadelphia USA, recorded “King of the Black Sunrise” and released by United Artists Records in 1969. This garage rock album is a hard rockin’, ultra heavy, Hendrix-inspired, slab of bluesy psychedelia. Track one, the classic “White Lace and Strange”, was covered by Nirvana in a radio broadcast that is included on their box set “With The Lights Out”.

The trio pay their respects to Hendrix with a strong version of Red House, then lay waste with a blitzkrieg of superb heavy psychedelic guitar like Cream, they never let the blues influences swamp the rock. Chris Bond went on to play for and produce Hall and Oates. 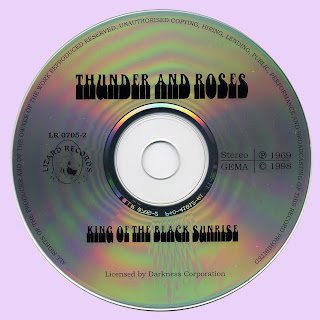