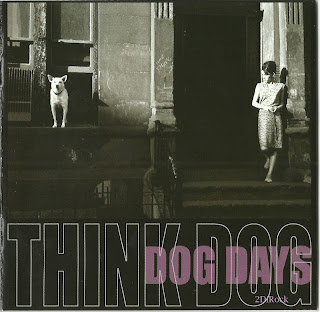 In 1966, the whole world was drunk on the music of the Beatles and the social and cultural changes of the era. Students everywhere were dropping out of school and joining bands or becoming hippies or both. In that year, as a graduate student of music composition at the University of Illinois in Urbana, I, too, became infatuated with the notion of forming a rock and roll band.

As a lifelong lover of chamber music, I believed then, as I still believe in the magic and power that can be summoned by a small group of fine musical minds working closely together over a period of years. I also believe that the optimum number of musicians in an ensemble is four. In my mind the Beatles were just another embodiment of the ideal represented in the model of the classical chamber music quartet - four creative souls working together to produce something immensely greater than the sum of its parts I theorized that the right combination of musicians, having deep classical background, appreciation for and experience with so-called "new music." and love for the best rock and popular music of the time, might create the chemistry necessary to produce music that was genuinely different and memorable.

Whether that hope was naive is a moot question three decades later. The tale that follows is a greatly simplified and sanitized version of  the basic facts concerning the band finally known as Think Dog!, reconstructed to the best of my ability from memory. Some of the details, particularly regarding the sequence of events, and dates of the recording sessions, ma, be slightly jumbled.

That some took place despite it is a miracle For me the three-year history of Think Dog! is partly a story of personal failure. Suffice it to say that I bet the farm on this venture, as did at least one other member, but we were unable to make it work. Some of the blame can be put upon me, though by no means all of it. The times were hard. The year 1968 was one of the worst of the century for almost everyone. That I just happened to pick that inauspicious year to make a start in my professional life in New York City did not make it any easier.

New York City, September 1968—Winter 1969
It was in this time frame that we changed our name from Time to Think Dog! We always had to explain that the name includes the exclamation point; it's an imperative. We struggled for months trying to create a good name. One night, while gathered at Richard's apartment, I told an anecdote about how a friend was told to write Spanish-flavored music by telling himself: "Think Spanish!" which everyone thought was hysterical. Later, for reasons I have long forgotten, someone asked: "How do you act like a dog?" I replied: "Think dog!" We thought it was funny and relevant at the time. The rest is history.

A friend says that Think Dog! sounds like a dyslexic way of saying Thank God! While doing research for these notes I discovered on the Internet that there is now a book in print called Think Dog! - yes, with the exclamation point. Appropriately, the subject is dog training. I considered buying it just for the fun of having the title on my shelf. Something else we needed was a stronger guitarist. Richard did a fine job of learning his parts, but he was neither a rocker nor a soloist.

It was the era of guitar bands; every group had to have a strong lead player, preferably an Eric Clapton or a Jimi Hendrix. We decided to look for a fifth person, though we did not know where we might find one. One afternoon I was working alone in the loft, when Ron Renninger, then an eighteen-year-old kid from the Bronx, walked in with his Fender Telecaster. We talked, and soon he took out his instrument and started to play. I was astonished by his spectacular talent. He wasn't just good—he was a genuine original, and he was available. I had him come back, and immediately told the others about him.

After one session together, we invited him to join the band. We learned quickly that Ron was also a prolific songwriter, and an undisciplined but passionate singer. For the first time we started to sound like a real rock and roll band. Ron and I began playing as a duo at a small coffee house in the West Village where we would get up and do nothing but jam for a half hour or more at a time, and then pass a basket. Whatever customers saw fit to throw in would be our pay. Sometimes it barely covered subway, but it gave us a great opportunity to get to know each other's playing very well. I played mostly bass on those jobs, though I think I must have played some guitar, too.
by Lynn David Newton 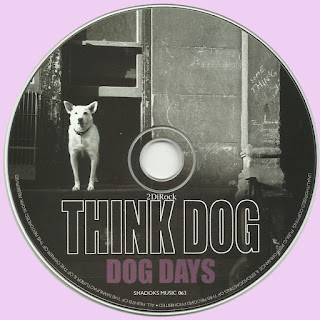