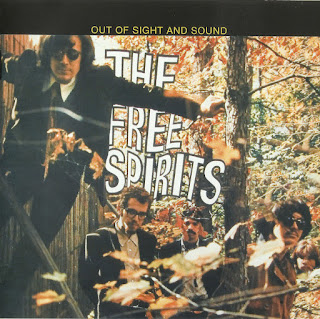 The Free Spirits emerged from that NYC stew in 1965, jazz players with drop-dead chops playing on the rock beat, psychedelic lyrics infused with whatever there needed to be on the date, in the moment, rebelling against the Top 40 mentality at all times, surging always pushing always looking always searching, “I’m gonna be free…for the rest of my days”… they sang, meaning it literally, the direction they were heading was THAT way….

The Free Spirits was a quintet: Larry Coryell, Ra-Kalam Bob Moses, Chris Hills, Columbus Chip Baker and Jim Pepper the members of the band, a collaboration that lasted from 1965 to 1967. In the same year that The Beatles released Sergeant Pepper’s Lonely Hearts Club Band and Jimi Hendrix came out of nowhere with Are You Experienced?, The Free Spirits released Out of Sight and Sound, their only LP, and the first of its kind in the history of music.
After The Free Spirits broke up, Jim Pepper, multi-instrumentalist Chris Hills and Columbus Chip Baker formed  a band called Everything is Everything, adding Lee Reinoehl, John Waller and Jim Zitro to the lineup, and on their LP and 45 RPM single was the first expression of Jim Pepper’s seminal, everlasting, transformational composition, Witchi Tai To, and Jim Pepper’s phenomenal, absolutely unique rendering of John Coltrane’s Naima, both songs seeded from ancient traditions emerging from different continents through this medium, this young man with a tenor saxophone he pretty much taught himself to play, Jim and his father Gilbert Pepper and grandfather Ralph Pepper, the Old Souls behind the Fingers….

Well-established as a jazz, rock and blues musician with fabulous improvisational skills and an unforgettable sound, Jim Pepper went in a new direction when he recorded his first LP under his own name in 1971, Pepper’s Powwow, a statement of 12 songs and chants of Native American music, another American masterpiece, told in jazz, free jazz, rock, blues, traditional Native and country idioms, and a more mature Jim Pepper’s Witchi Tai To, with one of the most magnificent solos ever recorded in the middle, a song and a reading with the power to change a person’s life, make you feel glad that you’re not dead….

Jim Pepper put the Pepper’s Powwow recording band together in 1971 in New York City, another seminal lineup with Larry Coryell on guitar, Portland’s Tom Grant on piano, Ravie Pepper on flute, Chuck Rainey and Jerry Jemmot on bass, Billy Cobham and Spider Rice on drums. His father Gilbert Pepper told the story of the Senecas in Peter LaFarge’s words and on the other side of the country out in the middle of San Francisco Bay, members of the American Indian Movement occupied Alcatraz, John Trudell their spokesman and poet warrior.
Jim Pepper 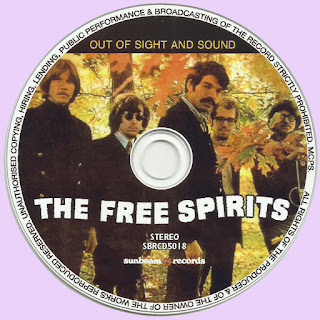 Free Text
the Free Text
Posted by Marios at 5:16 AM 1 comment: