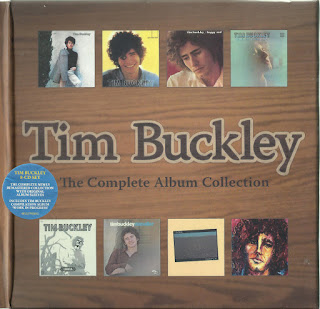 On October 2017, Rhino released Tim Buckley: The Complete Album Collection, an eight-CD box set that brings together the body of music the singer-songwriter recorded between 1966 and 1972.

This set includes all seven of Buckley’s studio albums from that era, as well as Works In Progress, the 1999’s compilation of his 1967/68 recordings. 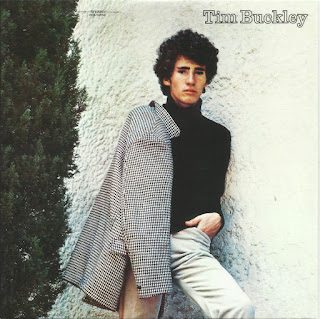 Considered a minor figure of several distinct late-’60s L.A. music scenes, Buckley never had a huge following, his songs were seldom covered, and, as he never made the same album twice, few of the fans who started out with him were still around by the time he blinked out in a haze of heroin and morphine after a long 1974 tour and more than a year of being clean and sober. He was 28. (His last words: “Bye bye, baby.”)

His name never makes the lists of his rock-casualty contemporaries Jimi, Janis, and Jim. But he deserves more remembrance than he ever got: Buckley burst on the Los Angeles and national scenes in 1966 in an explosion of earnestness, grace, and light, with all the pure passion of ’60s youth. With his powerful lyrics, amazing gifts for melody and harmony, and his five-octave voice swooping and shape-changing like Yma Sumac in drag, he was unprecedented.

That light began to dim almost immediately, as the rest of Buckley’s short life became a struggle to balance the demands of his art and his habit, and his outlook grew ever more seamy and narrow as he grew up far too fast in an age when there was a lot of that going around. And it never helps if you’re marketably talented. But his first six LPs were remarkable in their variety and integrity—some of them brilliant, at least one of them horrendous. I don’t think anyone likes all of them.

The first, Tim Buckley, like the next three, was released on Jac Holzman’s Elektra label, before that company was snapped up by Warners. On it a 19-year-old singer/songwriter performs, in pretty advanced mid-’60s folk-rock style, some of the most, by turns, heroic, tender, passionate, innocent songs you’ve never heard, performed with deft deference—the album opens with the chiming dissonances of “I Can’t See You,” then there’s the pastel “Valentine Melody,” the mounting cry of “Aren’t You the Girl,” the seance of “Song Slowly Song,” and much more. Lean string charts by Jack Nitsche, keyboards by Van Dyke Parks. Elektra hasn’t yet reissued Tim Buckley. They should, and you should buy it.
by Richard Lehnert 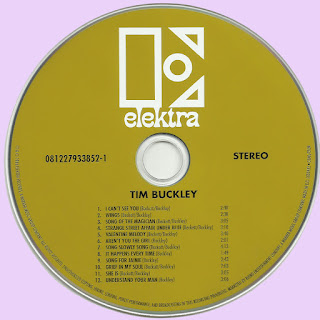