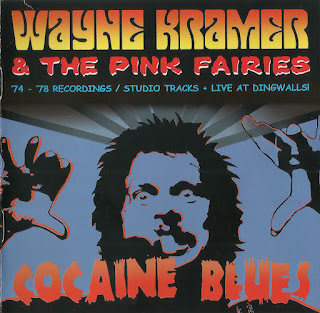 This album features elements of two of the greatest revolutionary rock bands of all time. Wayne Kramer came to prominence as a teenager in 1967 as a co-founder of the Detroit rock group MC5 (Motor City 5), a group known for their powerful live performances and radical left-wing political stance. The MC5 broke up amid personality conflicts, drug abuse, and personal problems, which, for Kramer, led to several fallow years, as he battled drug addiction before returning to an active recording and performing schedule in the 1990s.

The Pink Fairies - on the other hand - are an English rock band initially active in the London (Ladbroke Grove) underground and psychedelic scene of the early 1970s. They promoted free music, drug taking and anarchy and often performed impromptu gigs and other agitprop stunts, such as playing for free outside the gates at the Bath and Isle of Wight pop festivals in 1970, as well as appearing at Phun City, the first Glastonbury and many other free festivals including Windsor and Trentishoe.

The first four songs were recorded live at Dingwall's in London in 1978, with Kramer, only recently out of jail, fronting the Pink Fairies. In imperfect but listenable fidelity, Kramer runs through Mose Allison's "If You're Going to the City," Bob Seger's "Heavy Music" (into which he wittily inserts a bit from James Brown's "There Was a Time," adapting the lyrics to refer to Detroit), the nine-minute "Cocaine Blues" (an interesting, autobiographical, mostly spoken account of the events leading to his mid-'70s prison term), and "Kick Out the Jams."

Next are four run-of-the-mill hard rock studio tracks, also done in London in 1978, including covers of "Do You Love Me" and Jimmy Cliff's "The Harder They Come," along with a couple of originals (one co-written with Mick Farren). Paul Carrack, presumably that Paul Carrack from Squeeze/Ace/Mike & the Mechanics/Roxy Music, is on piano. Finishing the disc off are two 1974 studio cuts, done in Detroit: "Get Some" is another Farren/Kramer collaboration (with lumpy, boxy bottom-end sound), and "Ramblin' Rose" was of course first done by Kramer with the MC5.
by Richie Unterberger 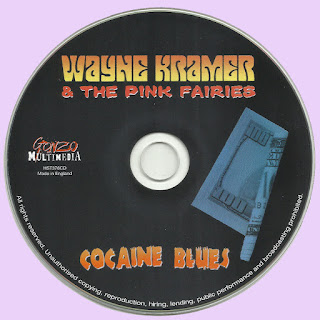 Free Text
the Free Text
Posted by Marios at 6:01 AM 6 comments: