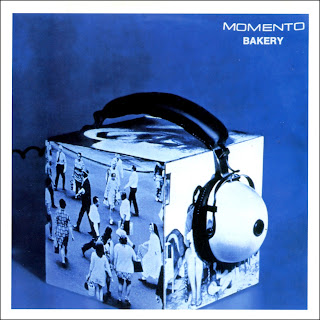 Formed in Perth in 1970, this progressive rock outfit is generally regarded as one of the best of Australia’s early ‘70s underground bands. Bakery included ex-New Zealand Avengers’ rhythm section of Hank Davis (drums) and Eddie McDonald (bass) in their line-up, and their music blended hard rock and country with jazz, using complex arrangements.

Their main strength was the variety of their music that could switch from gentle acoustic passages to booming heavy progressive assaults on the senses within the same song. Momento, which was released in 1971 on Australia’s Astor label (ALPS 1035) was the group’s second album, following the bizarre Rock Mass For Love (ALPS 1032), a live recording captured in a church. Rock journalist Ian McFarlane, writing in Freedom Train magazine, described the album as a European-influenced recording full of sprawling, moody progressive rock cuts like Faith To Sing A Song, the jazzy Living With A Memory and Holocaust.

The track which really kills off any remaining brain cells isThe Gift, an eight-minute barrage of bombastic riffs written by guitarist Peter Walker, which also features some arse-kicking solos and swirling hammond organ in the vein of Deep Purple and Leafhound. For an underground band, Bakery actually achieved fairly reasonable success. Both their 45s were minor hits, and their Rock Mass For Love narrowly missed the Australian Top 20, and on the strength of this, was subsequently released by Decca in the US. 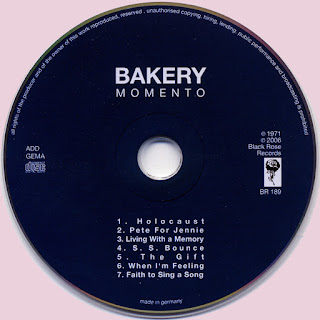