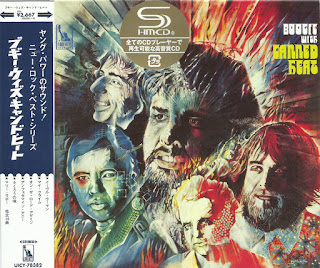 In 1967 Canned Heat signed to Liberty Records after appearing at the Monterey Pop Festival. In July 1967, they released a self-titled album that made No.76 on the album chart, following it with Boogie With Canned Heat on 21 January 1968, which spent over a year on the Billboard chart, peaking at No.16.

Whereas their debut album was largely made up of covers, including the almost obligatory, for a blues band, take on Dust My Broom’, their second album was largely self-written and remains a firm favourite with just about everyone who loves the blues. A significant reason for its success is because it included the magnificent, ‘On the Road Again’ which made No.16 on the Hot 100 in the late summer of 1968.

Chicago bluesman Floyd Jones recorded a song entitled ‘On the Road Again’ in 1953, itself a remake of another of his songs from two years earlier called, Dark Road’. Both these songs are based on Tommy Johnson’s 1928 ‘Big Road Blues’. ‘On the Road Again’ was recorded as a demo by Canned Heat in April 1967 at the RCA Studios in Chicago with original drummer Frank Cook. This version was over 7 minutes long, with added harp and guitar solos.

During the recording of Boogie With Canned Heat they recorded it again, this time with new drummer Adolfo “Fito” de la Parra at the Liberty Records studio in Los Angeles In September 1967. Blind Owl Wilson used verses from Floyd Jones’ ‘On the Road Again’ and ‘Dark Road’, as well as adding some of his own lyrics; ‘On the Road Again’ went to No.8 in the UK.

‘On the Road Again’ uses a one-chord boogie riff inspired by John Lee Hooker’s 1949 hit ‘Boogie Chillen’ that is made so distinctive by Wilson’s best Skip James-inspired falsetto vocal”, and his fabulous harp playing.

Other stand out cuts include ‘World in a Jug’, the B-side of ‘On the Road Again’, ‘Amphetamine Annie’ and the 11 minute plus, ‘Fried Hockey Boogie’ that the band reworked as ‘Woodstock Boogie’ when they played the festival in August 1969.

Besides five man band the album also features a cameo from pianist, Sunnyland Slim on ‘Turpentine Moan’. Dr John also plays piano on the album and did the horn arrangements; his own debut album, Gris Gris was released the same day in 1968, 21 January.
by Richard Havers, January 21, 2019 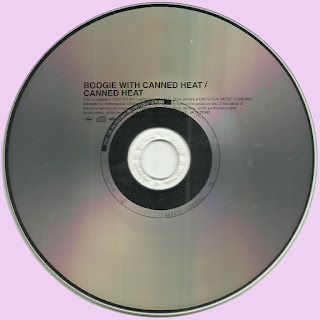