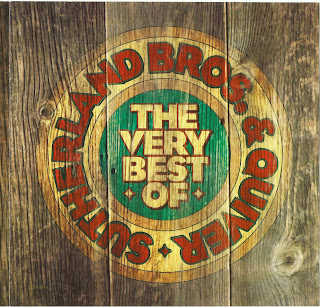 It was 1971......two guitars, two voices singing songs of anqst, lust, spirit and the sea. Scottish Folk, English Beat, American Country Blues all in the pot via Stoke and W14 and Reebop played the congas Then full steam ahead with the "Lifeboat Band" - Steve Winwood, 'Rabbit' Bundrick, Dave Mattacks et al then Christmas 72 at the Marquee with Quiver - Tim's soaring guitar, Will's thundering tubs, Pete Wood's sparkling piano and Hammond. Colleges and; Faces gigs then Summer 73 round the U.S. opening for Elton - Crazy Nights, Starship Flights and You Got Me Anyway irgthe charts.

It was !974......grindinq out Euro gigs - Dreamkids on a mad trail - falling out and breaking down. Then a light shone down the valley r Summer 75 and everyone was Sailing Reach for the Skies guys! Then it was touring in the Slipstream, mixing in Miami, miming on the box and Down to Earth at Abbey Road. It was 1978..L.L.A. sessions and winter mixes in Paris.; Hoitte in 79 - one last tour - a few.ifor the road - the night comes down - Easy Come and Easy Go? the story is in the songs.

Thanks along the way to Wayne Bardell, Paul Hartley, Colin Waters, Nick Blackburn, Pete Smith, Rici, Murray, Alex Lawrie, Mauri|e Oberstein, Muff Winwood, Dave Gilmour and all the great musicians and studio engineers we've worked with. Thanks also to Steve Chapman. Respect and good fortune to The Everly Brothers, Rod Stewart, Maggie Bell, John Travolta, Merle Haggard, Paul Young, Boyzone and all the other lovely people who did us the honour of singing our songs.
Gavin & Iain Sutherland

It's difficult to write much about the Sutherland Brothers as people. Of the fact that they were a great band, there is absolutely no doubt. They wrote some of the great songs of the seventies and their music was a soundtrack to a generation of rock fans. To hear them play live was an experience to relish. Their songwriting consisted of clever wordplays, wonderful expressions of emotion and a fusion of the folk idiom with rock music. However, the group tended to let the music speak for them; they were not self-publicists and apart from an occasional photograph on an album cover, there was little information made available about them.

Iain Sutherland (17.11.1948, Ellon) and Gavin (6.10.1951, Peterhead) enjoyed their early years in the north-east of Scotland, where their father was a musician in a dance band called The Melody Makers. Various other family members were musical too, so they were brought up to sing, play instruments and listen to American jazz and traditional Scottish folk or religious music. Then in the mid fifties the family moved down to Stoke-on-Trent, where the tastes of friends and the pop input of Radio Luxembourg added to the variety of their musical influences.

Initially, Iain, who had been writing songs while in his teens, had formed a group called the Mysteries in the early sixties, before he and Gavin teamed up to go off to London to seek their fortune in 1970. There, their manager decided they would be called A New Generation, much against the band's better judgement. The group featured Iain on guitar, Gavin on bass, Christopher Kemp on keyboards and John Wright on drums. They recorded three singles for the Spark label (one, Heartbreaker, under the name The Baby) and also did a few sessions at the Maida Vale studios for John Peel's programme. Smokey Blues Away turned into a minor hit in the UK and was released on Imperial in the United States.

In the meantime, Quiver was a group that had produced a couple of albums for Warner Brothers, but appeared to be going nowhere, mainly because they lacked good songs and a distinctive vocalist. They had the distinction of being the first group ever to perform at the Rainbow, Finsbury Park, where they supported The Who. However, they needed to look at how they could develop their undoubted musical skills using decent material.

Thus, in 1973, was the marriage of the two groups set up. SB&Q was formed and five great albums followed. An outstanding touring band, they worked hard to produce a good live sound that had audiences on their feet. They spent a number of years on the road, both in Europe and the United States, where You Got Me Anyway was a top twenty hit.

Chart success in their own country was harder to come by and although Dream Kid got plenty of radio play, it didn't get the sales it deserved. Album sales, however, remained respectable amongst the group of fans who acknowledged the talent that was bursting to be recognised. Then along came Rod Stewart. He had followed their songwriting skills for some time and wanted to record Sailing (taken from their first LP). As with his many other (mis)interpretations of people's songs (q.v. Van Morrison's Have I Told You Lately and Tom Waits' Tom Traubert's Blues), he went for the simplistic, but the result was a massive hit. In 1975, it made number one and stayed 11 weeks in the charts. A year later, on the strength of its use over the titles of a TV documentary on the Ark Royal aircraft carrier, it re-charted, making number three and staying in the charts for 20 weeks.

In the meantime, the group were heading towards something of a dead end. Their deal with Island Records had reached an end, with their fourth album not even getting a US release and singles foundering just outside the charts. They were seriously considering winding up the group on the basis that more money could be earned from songwriting and session work than from being in a single unit. A new manager changed everything. Nick Blackburn brought both enormous encouragement and a deal with CBS. This resulted in a less intellectually inspired album, but with a major hit. The Arms of Mary reached number 5 in the UK charts and has remained a favourite for MOR audiences ever since, appearing on compilation albums and ensuring a guaranteed royalties payment that's as good as a pension fund. The song was also recorded by the Canadian group Chilliwack in 1978.

After one major tour to back up the hit single, things started to fall apart. Perhaps it was because the hit single had attracted an audience that was at odds with the spirit of the group's music or perhaps there just wasn't a genuine prospect of maintaining the impetus of further hits. Either way, the follow-up album resulted in a number of singles being released, but without success. The ascent of punk meant the death of this fine group. Two more great albums, under the Sutherland Brothers name followed, but thereafter, it was the end
Song-Singer 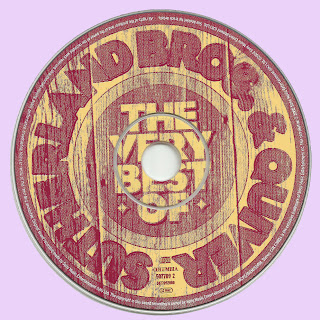