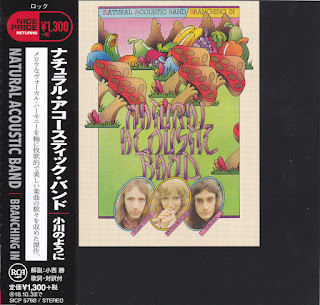 The Natural Acoustic Band were a British folk band, formed in 1969 in Milngavie, Glasgow, Scotland. There were a number of personnel changes throughout the band's history. The band only produced two albums and one single (reaching No 1 in the Melody Maker folk charts). They were on the bill on three occasions at London's Marquee Club: November 17, 1971 (supported by Shape of the Rain), 12 April 1972 (supported by Gnidrolog) and 22 November 1972 (supporting Brewers Droop).
As a replacement for Krysia Kocjan the NAB had at first recruited Joanna Carlin but she never recorded with them. She was actually called Melanie Harrold but was trying to avoid confusion with the better known Melanie (Melanie Safka). She later made singles and solo albums (under both her names) and worked with the Albion Band and members of Steeleye Span. The NAB continued as a duo comprising Hoy and Thyne until 1975 when Hoy joined Magna Carta. Thyne also joined this band at a later stage.
Krysia Kocjan went on to provide backing vocals for Al Stewart, The Kinks, Mike Heron and many others. She made a solo album Krysia in 1974 (RCA LPL1 5052) with musicians including some Fairport Convention/Fotheringay members (specifically Jerry Donahue, Dave Pegg, Dave Mattacks - and also Rabbit Bundrick, and renowned percussionist Ray Cooper. On one track she revived her youthful talent for setting romantic English poetry to music with John Keats' La Belle Dame Sans Merci. Al Stewart's backing group, led by Peter White with Kocjan as a member, chose the name Shot In The Dark and released an album with the same title in 1981 (RSO 2394 297). On this Kocjan used her occasional alternative name of Krysia Kristianne and her few solo lead vocals here include "Some Towns".
She later moved to the US and in 1995 sang the track "The Lament" on the CD A Celtic Tale - The Legend of Deirdre by Mychael and Jeff Danna, a performance which drew review phrases such as "crystalline soprano" and "most moving" on Amazon.
In 1996 came the CD Tyger and Other Tales (Sentience Records 70002) with Leslie Chew and David Kronemyer which revived the Keats work along with ten other romantic English poems set to music. Her own favourite of these was "Complaint of the Absence of Her Lover Being Upon the Sea", as stated privately to a fan. She died on February 21, 2007, in Portland, Oregon where she had lived and worked as a singing teacher since 2000. A memorial service for Kocjan was held in Los Angeles on Saturday, March 10, 2007. 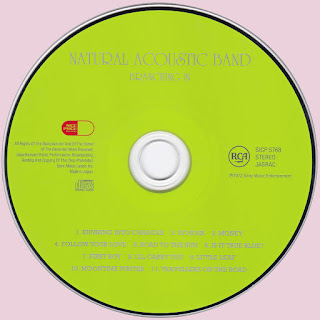